The first impression the listener gets from Harry Styles’ song, “As It Was,” is a sample from Styles’ goddaughter saying “Come on Harry, we want to say goodnight to you.” It puts a warm feeling in your heart as you are invited into Harry’s House.

With upbeat synths and drums, Harry Styles took a different turn on his first single since his album Fine Line (2019). Yet, “As It Was” lyrically provides a certain melancholic nostalgia as Styles longingly sings.

Though Styles invites us inside his home, what exactly is he thinking about? What used to be there for Styles? What has changed? Let’s get into the song’s meaning here.

Harry Styles provides contradicting effects on “As It Was.” He contrasts upbeat ’80s synths with a sorrowful voice and nostalgic lyrics. And, yet, it works.

In an interview with The Guardian in 2019, Styles remarks on the subject of writing songs about ex-lovers saying, “If a song’s about someone, is that fine? Or is that gonna get annoying for them, if people try to decipher it?”

So, in terms of his writing process, Styles writes about what comes to him but is still self-aware about others. He is cryptic in his poetry.

Is The Song About Childhood Trauma?

Some suggest the meaning behind “As It Was” is about his childhood during his parent’s divorce. In the lines, Ringin’ the bell / And nobody’s coming / to help / Your daddy lives by himself / He just wants to know that you’re well, / oh-oh-oh, could refer to how in the wake of Styles’ self-destructive behavior (he mentions a phone call where the receiving line suggests he is on pills), he reminisces on his father’s shortcomings but also love for him.

In an Apple Music interview, Styles remarks that “As It Was” suggests a metamorphosis that occurred during the pandemic, as he was forced to slow down and he wasn’t this musician anymore—he was also a friend, a brother, and a son. But, also, he elaborates saying, “Everything that happened in the pandemic, it’s just never going to be the same as before. All of the things happening in the world, it’s so obvious that it’s just not going to be the same. You can’t go backward, whether that’s us as a people or me in my personal life or any of those things.”

Looking at Styles’ personal life, many fans think that his girlfriend Olivia Wilde also inspired the meaning behind “As It Was.” They notice the bridge in which Styles sings Go home, get ahead, / light-speed internet / I don’t wanna talk / about the way that it was / Leave America, two kids follow her / I don’t wanna talk / about who’s doin’ it first. Many of the tweets suggest that the two kids and leaving America point toward her.

To sum it up, it’s probably about all of these things. Styles writes what he knows, which is his life. We won’t know the full details of his life, but we can at least glimpse into what he sees in his looking glass.

“As It Was” was Styles’ first song to release off his new record Harry’s House on March 31. The synth-pop song made it clear of Styles’ return. It entered No. 1 on the UK Singles Charts, making it Styles’ first single since “Sign of the Times” to reach No. 1 in the UK. Moreover, in the States, it charted at No. 1 on the Billboard Hot 100 chart. Also, his first No. 1 in the U.S. since “Watermelon Sugar” in August 2020.

As for Harry’s House, the album was released on May 20, entering No. 1 on the Billboard 200 chart. It is the largest opening week album in the United States for 2022, yet. Styles’ new album met acclaim. He kept four songs in the top 10 of the US Billboard Hot 100, making him the first solo British artist to do so. The singles that went top 10 include “Late Night Talking,” “Music for a Sushi Restaurant,” “Matilda,” and “As It Was.” 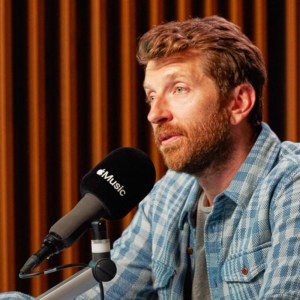