We had the pleasure of interviewing Elise Davis over Zoom video!

Elise Davis’s music blurs the lines between genres. It’s a sound caught halfway between the confessional storytelling of alt-country and the cinematic punch of pop/rock, molded into a shape by a lifelong musician who began penning tunes at 12 years old. Hundreds of shows and three albums later, she’s grown into a road warrior and prolific songwriter whose career highlights — including tours with Ray Lamontagne, co-writes with Maren Morris, and millions of streams for fan favorites like “Last Laugh” — are just as diverse as the records she creates.

She stretches her boundaries once again with Anxious. Happy. Chill., an album of lean, guitar-driven rockers and woozy, lushly-layered love songs. Written during the rush of a new relationship and recorded weeks after her wedding, it’s the happiest record she’s ever made, stocked with 10 songs that serve as foils to the independent, no-boys-allowed anthems that filled her previous album, Cactus. Davis remains every bit as resilient and empowered as Cactus proved her to be, but she has also traded her old muses — heartache, sadness, and a lone-wolf mentality — for something bolder and brighter.

That said, Anxious. Happy. Chill. was recorded during dark times. Days after wrapping up her honeymoon in Arizona, where she finished writing the album in the Sonoran Desert outside Tucson, Davis headed to producer Teddy Morgan’s studio in Nashville. The Covid-19 pandemic was already in full swing, turning Tennessee’s capital into a ghost town. Davis and Morgan worked together for a month while maintaining their physical distance, communicating through the glass windows of the studio’s isolation booths and playing the majority of the instruments themselves. Drummer Fred Eltringham (Sheryl Crow, the Wallflowers) joined them for a single day to lend the album its unique, percussive pulse. Morgan juggled bass, keyboard, and lead guitar duties. Meanwhile, Davis — who had mostly played acoustic guitar on her previous records — swapped the unplugged instrument for its electric cousin, adding grungy grit and amped-up attitude to songs like “Ladybug” (the album’s larger-than-life opener) and “Thirty” (a booming, anxious salute to growing older…and staying young).

Only 300 miles separate Davis’ childhood stomping grounds of Little Rock, Arkansas, from her adopted hometown of Nashville. Even so, she’s covered an unmeasurable amount of ground since her days as a music-obsessed college student who booked her own tours between classes and spent her weekends on the road. From landing Music Row publishing deals to headlining her own tours across the U.S., she’s turned her creativity into fuel, chasing down her own horizon — and her own sound — along the way. Anxious. Happy. Chill. finds her sitting behind the wheel once again, but now there’s a companion riding along in the passenger seat, too, bringing a sunnier outlook to the journey. 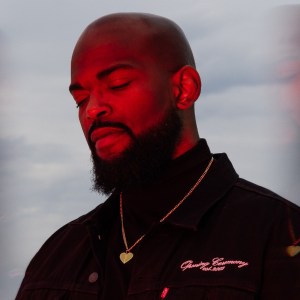 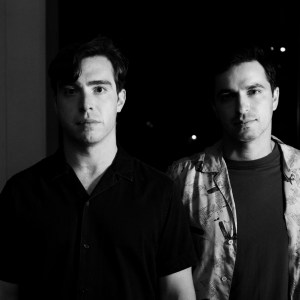