Together with American Songwriter and Sean Ulbs of The Eiffels, we had the pleasure of interviewing Juletta & Ishan over Zoom video!

Alternative R&B artists Juletta + Ishan’s, “If I Never Hit Land”, is a collaborative album inspired by real stories Juletta collected from 30 women she interviewed over the past two years in New York City. To accompany the release, Juletta & Ishan have created an interactive web experience that reveals the sounds and voices that inspired the project. Designed and built by Nicolet Schenck, the website features clips taken from the various women who Juletta interviewed when the project first began in the summer of 2018. These soundbites gave way to soundscapes as her and Ishan developed them into songs, and many of these early and informative loops, samples and snippets are on display, as well. Upon entering the site, visitors are greeted by a seemingly endless grid of these audio artifacts, which they are free to interact with and investigate at will. The site also includes writings from each of the artists on how the album and its singles were created.

Raised in California before moving to Italy and then New York, Juletta met producer and DJ Ishan in 2018, when they released a folk-pop EP Wild Nature plus a string of singles under Juletta’s name, gaining attention from the likes of FADER, PAPER, Milk, Office Magazine and beyond. As they continued to work together, their sound expanded to incorporate elements of hip hop, deep house and electronic music.

Ishan explains the duo’s dynamic: “The beauty of her voice and her openness to my experimentation allowed me to grapple with ideas that had possessed my mind as a producer, but that I’d never had the chance to fully explore: blending folk and house music, bringing something new to what the great musicians of the past have achieved, and manipulating voice to create a hybrid between human and machine.”

Produced and written entirely by the pair, If I Never Hit Land marries Ishan’s driving, house-influenced production with Juletta’s introspective songwriting. As Juletta says: “This album is my account and my experience of the memories, the tears shed, the echoing thoughts and the complexities from 30 interviews with women from the city. And within those stories is a story of my own.”

The music of Juletta and Ishan balances between intimacy and expanse. On their debut album If I Never Hit Land, the two New York City artists unearth new ground in their experimentation with sound and emotion. Produced and written entirely by the pair, the freewheeling and ethereal project is a tale of transformation at its core. 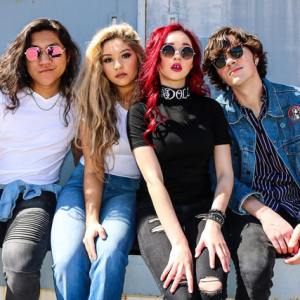 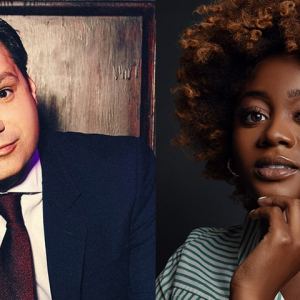