Together with American Songwriter, we had the pleasure of interviewing Mabes over Zoom video!

British singer-songwriter Mabes shares a delightfully witty double release out now via The Other Songs. The two tracks featured include her original tongue-in-cheek single “Alone On Christmas Eve” plus a rendition of the iconic hit “Let It Snow” (originally by Frank Sinatra and later covered by Dean Martin). With dazzling brass melodies and heartening live piano and strings, Mabes serves up the perfect tunes for you to drink and dance your sorrows away as we approach an unprecedented holiday season.

On “Alone On Christmas Eve” Mabes notes, “Thinking of all the potential lonely people this ‘Covid’ Christmas, it was too sad not to write a song about it… however, I wanted the song to have a playful bounce, so people could dance and twirl in their living rooms at the same time. In the song I talk about my lover who, for whatever reason, is not with me on Christmas Eve. Because the feeling of loneliness is overwhelming, I am drinking my sorrows away, which is making me giddy and satirical throughout the song. By the end of it I’m almost mocking Christmas…” On “Let It Snow” she adds, “I wanted to include ‘Let It Snow’ too. It’s a beautifully written song and warms my heart. Dean Martin’s warm tones take me back to my childhood when I played it every Christmas. The key change in the middle always fascinated me too. It’s a staple Christmas song and I hope I’ve done it justice.”

Mabes is currently gearing up for her Too Young To Love EP due out December 4th. Tracks on the EP include her latest release “Caught Up,” the title track “Too Young To Love,” “Danny,” and the final single to be revealed entitled “Catch 22.” The new music arrives exactly one year after her debut album Wait & See and follows her Keeping The Noise Down EP (RD May 22, 2020 via Amuse), together amassing critical acclaim from the likes of 1883 Magazine, American Songwriter, Clash, Culture Collide, Earmilk, Euphoria, Ones To Watch, Sounds Like Nashville, and The Independent to name a few.

To date, Mabes’ songs have been featured on Spotify’s official playlists such as New Music Friday, Hot Acoustics, Mellow Pop, No Stress, Very Nearly Nashville, and Sad Songs, among others. Likewise on Apple Music, she has landed on New Music Daily, Acoustic Chill, Breaking Singer-Songwriter, Mellow Days, Today’s Acoustic, Today’s Easy Hits, Today’s Acoustic, and more. The quickly rising singer-songwriter’s listenership has peaked at 1 million on Spotify while her collective streams across DSPs have surpassed 30 million.

Describing her sound as “honest” with “a country twang influenced by pop,” Mabes first picked up the guitar at just 15 years old and learned to write as her fascination for British act Laura Marling’s folk-poetry developed. Though oceans away in the UK, Mabes also developed an admiration for American artists and credits Carole King, Joni Mitchell, John Mayer, and The Smiths as some of her influences. Mabes’ forward-thinking, emotionally raw songwriting style, and driven ambition has led to relatable, cutting-edge intelligent folk and pop that makes her stand out of the pack. With her dreamy vocals and an air of timeless authenticity, there’s no doubt Mabes is leveling up as a global entity and artist to watch in 2020 and beyond. 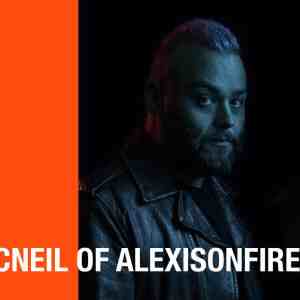 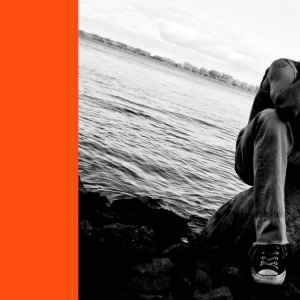