Bringin’ it Backwards: Interview with more

We had the pleasure of interviewing more over Zoom video!
​​​​
​​more is a new duo comprised of Los Angeles-based songwriters, vocalists, and multi-instrumentalists Kane Ritchotte and Malcolm McRae. The preternaturally talented and synchronized pair paints the modern rock and roll canvas with a powerful, melodic guitar sound mixed with wry intelligence and a tinge of psychedelic flair. Though hailing from different sides of the States, Ritchotte and McRae’s unique yet complementary styles fit together with an airtight exuberance that is apparent from the moment the needle hits side one.
​​
​​Steeped in inspiration from legendary alt-pop forebears like John Lennon, Harry Nilsson, and Jeff Lynne, and sunbaked in adventurous yet calculated art behemoths as disparate as Can, Big Star, Gorillaz, Bowie, Kendrick Lamar, The Kinks, Beck, Tame Impala and so much, well, more.
​​
​​The group is set to charge out of the gates with two EPs of warm, shimmery guitar pop later this year. Mentored and produced by legendary producer Tony Berg, more is resolved to set a bold new standard for modern rock and roll by offering a fresh, urgent take on a familiar vibe and sound.
​​
​​Although their kindred spirits and seamless collaboration suggests an ancient bond, Ritchotte and McRae first met through mutual acquaintances in Los Angeles just a few years ago. Ritchotte had made a name for himself as a drummer with acts like Portugal.The Man and Grouplove but was seeking an outlet to exercise his multi-faceted musicianship; meanwhile, McRae, an architecture school dropout, was newly arrived to the LA scene from his Alabama stomping grounds on a quest to expand on his music talents. Recognizing an immediate kinship—in influences, approach, and beyond—as well as a keen adaptability each possessed to absorb the other’s cultural recommendations, musical style, and songwriting tendencies, they decided to form a band.
​​
​​“We jumped so quickly into our musical partnership from being perfect strangers but it’s turned into a healthy dynamic, both personally and professionally, because our friendship was birthed directly out of a huge degree of musical and artistic respect for one another,” Ritchotte says.
​​
​​Malcolm adds: “There’s a bit of competitiveness like with siblings, but that’s how we’ve evolved; we’ve become as close as siblings. It’s that closeness that allows for the sum of the two of us to be maybe more than each of us could individually offer.”
​​
​​A combination of chops and courage led the duo to work with Berg, whom Ritchotte had charmingly cold-called to set up a collaboration opportunity in the months prior. (As Berg says, “We set out to make a record that we hoped would sound like no other—as it turned out, Kane and Malcolm are capable of nothing else. They both have singular points of view and a strong aversion to following trends.”) Focusing on the methods of songwriting and craftsmanship that were perhaps more popular with their analog heroes of earlier eras, more approached their own material with an intense attention to every element along the way, from recording and composition to lyrics and arrangement and beyond. “The general concept of the band from the beginning was to take the craftsmanship of songs that were typically more popular in every other time than now and to try to present them in a way that doesn’t sound relic or novelty,” Ritchotte says. “We wanted to bring some of the ‘songsmithmanship’ back into contemporary pop music.” The end goal, then, was to create songs as ambitious as they were appealing. As it happens, more’s EP 1/2 and 2/2 achieve this with sublime results.
​​
​​
​​Opening with the one-two punch of “Settled In” and “God Is in the Details,” EP1 is a rollicking, literate, catchy, and balanced assault that showcases the duo’s ability to trade and share vocals, attitudes, and styles with ease. Ending with the lovely, bright “The Way,” the record makes for an emphatic launchpad. EP2 picks up right where its brother leaves off, with the funky strut and climbing harmonies of “Keeping It in the Family” making way for the steady rocking of “Lazy James,” a song McRae identifies as perhaps his most autobiographical, and the percussive, experimental, and rhythmic sonic adventures of “Green,” “Like Me,” and “Ride Along.” There is an element of the personal to all of more’s songs, but as they are delivered by the partnered hive mind of two masters, it’s perhaps best enjoyed by giving in to the mystery.
​​
​​No matter the age or era, the path to a perfect pop song—incorporating all its circuitous, divergent tributaries of influence and inspiration—will always be valid, and valued. more’s dexterous songwriters embrace this idea unapologetically, and have pressed each other to pull from all corners of their shared musical map to inject their work with some of those same time-honored touchstones.
​​
​​“In some ways we’re trying to regurgitate all the things we’ve learned from different artists, both contemporary and old, and make something that impacts us the way they’ve impacted us,” McRae says.
​​
​​“Our motivation at the end of the day,” Ritchotte continues, “is to reach out to people and extend a hand in hopes that they connect to that feeling along with us.”
​​
​​We want to hear from you! Please email Tera@BringinitBackwards.com 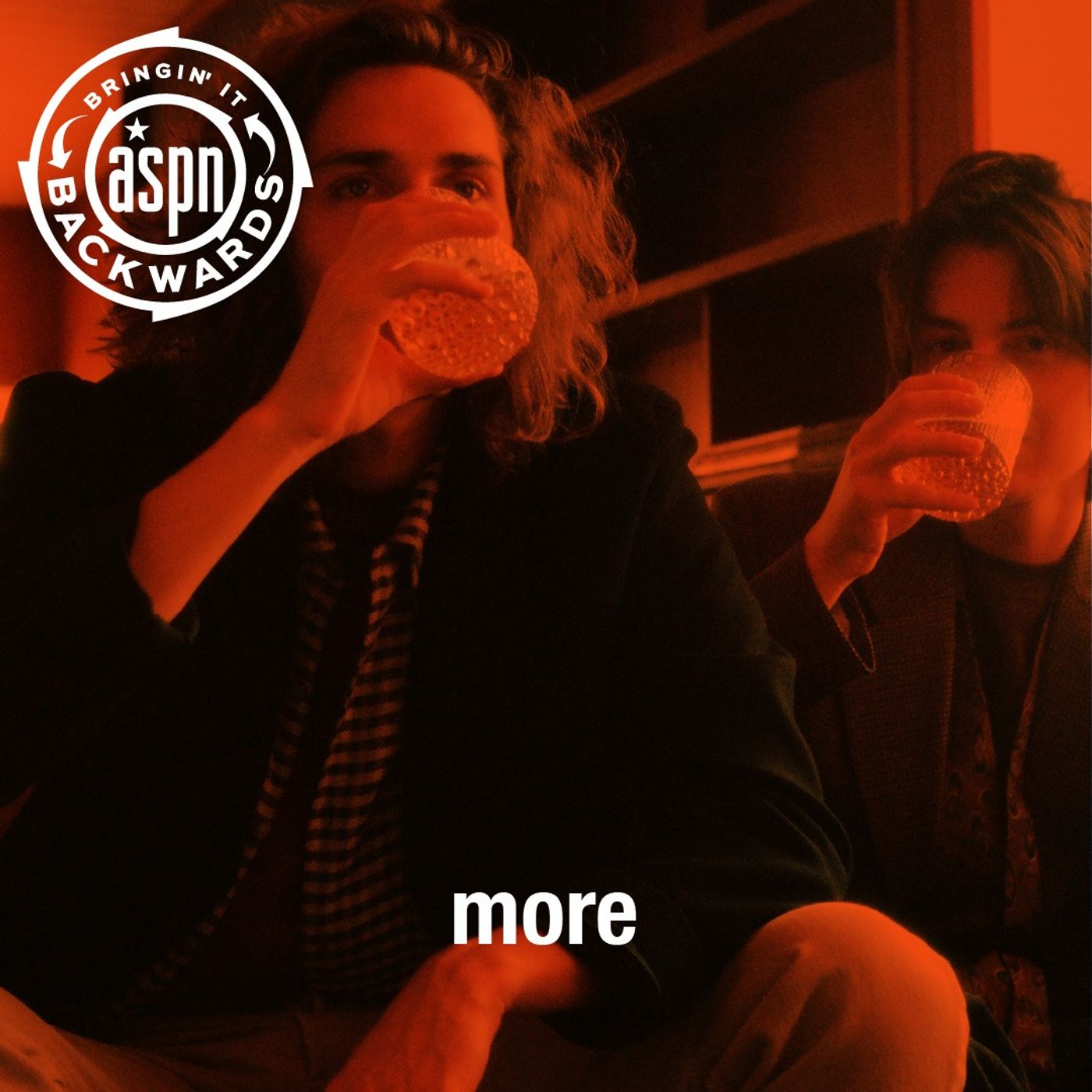