“Float Back To You” is a slow jam with lots of empty space for the listener to work themselves into another zone. “Tough drums with pretty falsetto on top” is what vocalist/guitarist Paul Spring was trying to achieve. Founding member Homer Steinweiss (Dap-Kings, Bruno Mars, Lady Gaga) lays down an in the pocket drum sound that puts you right in the room, and bassist Joe Harrison subtly plays sparse, whole notes with a few perk-your-ear flourishes. The sweetener to this soul food concoction is Spring’s high falsetto, and the icing on the cake is Harrison’s vibraphone doubling Spring’ single-note guitar lines on the chorus- a nice touch and respectful nod to a critical sound of the genre.

Though Spring’s intent was to capture the mood of coming home to someone you love, that doesn’t necessarily mean it has to be a romantic partner.

“Homer had just shown me a (classic soul) compilation called Loving on the Flipside, and I was listening to it while working a landscaping job in Minneapolis,” Spring tells American Songwriter. “My girlfriend Sophia and I had a cat named Guston who liked to pull cucumber skins out of the dish disposal and play with them on the floor. He got very excited whenever Sophia walked through the door, and she loved coming home to him. This song was inspired by the ballads on Flipside and capturing Sophia’s feelings of love and longing as she walked home to our exceptional orange cat.”

“I wrote this song on guitar,” Spring revealed. “It originally had a different lyric as the refrain tagline and was called ‘Fly Up Every Flight,’ but Homer came up with the idea to have a short pause and change the lyric to ‘floating back to you.’ This one little change really hooked up the song as a whole.”

Rather than working the Barry White deep baritone school of seduction by soul, Spring takes his cue from the pretty falsetto vocals of The Stylistics, The Blue Magic and The Moments, inflecting his own folk-y vocal twist which hints at Bon Iver to drive the tune home.

“Float Back To You” was recorded at the Diamond Mine Studio in Queens, New York. “A few weeks later, Homer had a session with trombone player Ray Mason to write a part for the outro,” Spring added.

Steinweiss and Spring are eager to get the music into fan’s hands.  “The combination of folk and soul music elements is something I’ve been wanting to experiment with for a long time,” Steinweiss said. “With this release, this experiment is finally bearing some fruit.”

“Float Back To You” appears on Holy Hive’s debut album on Big Crown Records, on sale May 29. Put this one in rotation with your old-school deep soul cuts and mellow down your mood, turn the lights low and the lovin’ up. 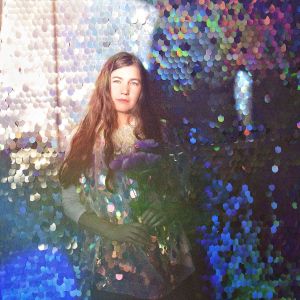 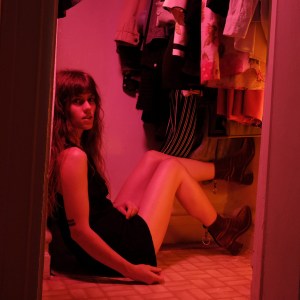