On a night of memory and legend, of celebration and ceremony, it was only right for Bruce Springsteen and the E Street Band to end the show with their very own creation myth.

During their first tour without the late Clarence Clemons, “Tenth Avenue Freeze Out,” the tale of Scooter and Big Man busting the city in half, of Bruce and his Jersey punk brothers taking on the world, felt different Monday night.  It felt like a new beginning as well as the retelling of an age-old, mythical one, and it felt like a point to prove, that a Bruce Springsteen & The E Street Band show is exactly the same show it’s always been, but will also never again be the same.

Springsteen led his enlarged band (“The E Street Orchestra,” Steve Van Zandt has joked in recent interviews) and a sold out crowd at Madison Square Garden through a typically relentless three-hour performance, weaving a delicately constructed story around the new material from Wrecking Ball.  There was sometimes as much meaning to be found in the transitions between songs as in the songs themselves, like when the surrendering despair at the end of “Jack Of All Trades” lead directly into the stubborn hope of Jimmy Cliff’s “Trapped,” one of the night’s clear highlights.  “I know someday I’ll walk out of here again,” Springsteen sang, using someone else’s song as a solution to the problems the characters face in his own.

But as Springsteen walked the line between careful construction and loose spontaneity as he plowed through the twenty-six song set, the most striking planning of the night was the almost identical split between the old and new, a crafted divide between the rhythmic seashore soul that defined Springsteen from 1973-1984 and the wide-angled gospel-pop that has been at the heart of his work with the E Street Band since their reunion in 1999.  It was as if there were two Bruce Springsteens trading off on stage Monday: one the ageless teenager telling “old stories from way back in New Jersey,” the other preaching loss, faith, and perseverance.  Not once during the main set did one singer allow himself more than two songs before the other took over; and like any good band with two lead singers, the two Springsteens fed off each other all night.  The hazy accounts of drunk nights on Greasy Lake bumped against and melted into the far-reaching tales of national redemption and promise, as though one Bruce can’t be understood without the other, that the hard work and the after party, the working week and the Friday Night, the “Rocky Ground” and the “Rosalita,” may just be one song.

That one song was “My City Of Ruins,” the clear centerpiece of the show, coming early in the set but leaving its impression on the rest of the night.  The song, in its current incarnation, is both a memorial and a rebuilding.  “The verses are the blues, the chorus is the gospel,” Springsteen has said.  On Monday, the song was transformed into a tribute to the fallen, the band’s way of honoring its past members, on stage.

Unlike the many aging rock acts that choose to either ignore, avoid, or commodify the reality of deceased band members in live performance, Springsteen has chosen to fully embrace Clemons’ palpable absence, reimagining personal loss as a grand, Springsteenian narrative of despair and hope, defeat and resolve.  That may have been why the broken promises of  “Backstreets:” “we swore we’d live forever, on the backstreets we’d take it together” seemed to hit the sold out crowd so hard Monday, why for every line about thieving bankers and greedy robber barons there were ones like “tonight all the dead are here,” but also ones like “we are alive,” why the most important line of the night wasn’t even sung: “if you’re here tonight, and we’re here tonight,” Springsteen told the crowd during the middle of “My City Of Ruins,” “then they’re here.”

“My City of Ruins” was Springsteen’s challenge to himself Monday night, a reminder of his job description. He took the “come on, rise up” chorus quite seriously, quite literally, calling for rousing party songs like “Out In The Street,” “Spirit In The Night,” and “Thundercrack” at the last minute throughout the show, working extra hard for three hours to get his crowd up and dancing.  So it seemed right that the final line of the night, Bruce Springsteen’s take-home message to the crowd, was a line that’s easy to forget and even easier to take for granted, that simplest of pop declarations: “Oh yeah, it’s alright.” He lingered on those final words for a while, just in case anyone didn’t believe them.

We Take Care Of Our Own

Out In The Street

Death To My Hometown

My City Of Ruins

Spirit In The Night

Jack Of All Trades

Waitin’ On A Sunny Day

The Way You Do The Things You Do

Land Of Hope And Dreams

Dancing In The Dark 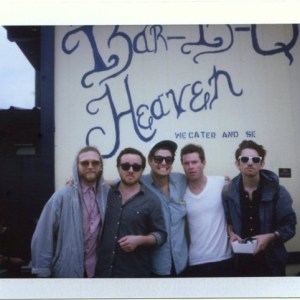 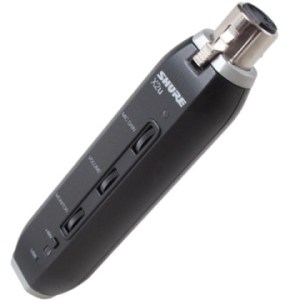