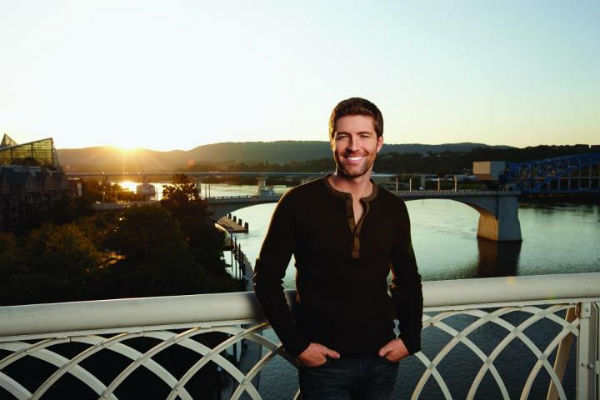 On the boxing theme, whose idea was it to throw the Muhammad Ali reference into that song?

That was my idea. I tried to give it some credibility, and give it some legitimacy as far as an actual boxing reference. I was pretty proud of myself when I came up with “She floated like a butterfly when she stung me like a bee.” Then we also have a George Foreman reference in there too. “I’m backed into a corner with a Foreman in my face.” So, just trying to get at least a couple boxing references in there. This was a difficult song to write, because one, it’s up tempo. Two, it’s a very unique title, so you have to treat it very carefully. The main thing is that I wanted it to have the emotion that I felt the day that I came up with the idea. I was trying to have really heartfelt emotion and a strong message within a very up-tempo driving song, trying to make it fun at the same time, trying to get the boxing references in there, just trying to make it motivational. Trying to combine all that into one song. It was pretty difficult. We actually went back and changed a couple of verses after the fact. I was pretty proud of the finished product though.

Can you talk a little bit about “Time Is Love”? You said you didn’t write it, but it’s interesting because lyrically it seems like it fits with the idea of the cabin. You’re doing your work, but you’re able to make better time management.

Yeah. “Time is Love” just has a message that I’ve always wanted to say. I’ve always been an advocate of quantity time more so than quality time. Quality time can be very short, but having quantity time with a person, or with a hobby, is when you really develop a relationship, or really develop skill or a talent. Lord knows I’ve spent enough time with my country music passion: singing, and writing, and performing, just trying to improve and spending the time with it. There’s no way you can get better unless you spend the time doing it. There’s no way you can have a successful marriage unless you spend time with that person and really get to know them. You have to find out what works and what doesn’t. You don’t get to know your children unless you spend time with them. It doesn’t matter if it’s good times or bad times. I think with the bad times, you learn what each other are made of, and you learn certain character traits. You learn their ins and outs. You learn how you can help people, and how they can help you. So there are a lot of good things that can come from bad situations, but you don’t really learn that until you take the time to spend with that person. Then you get into balancing time between the professional and the personal. That’s the most difficult thing to do, because there are only so many hours in the day. Knowing how much time you need to spend with each, that’s the hard part.

You wrote “Punching Bag” with Pat McLaughlin. I just saw him down in Key West and he seems like an amazing performer and writer. Do you two write much? What’s he like to write with?

We do. I guess the first good song we wrote together was “Jacksonville.” It ended up on my Long Black Train album. He and I have written several songs together. He and I wrote “Firecracker” and “Eye Candy” with Shawn Camp. We’ve written several songs. “The Longer the Waiting,” he and Roger Cook wrote that. That’s one of the most beautiful songs I’ve ever heard. He is one of a kind when it comes to performing. He has a great reputation as a songwriter. He’s just a free spirit. He’s not going to be bound by a contract. He’s not going to be bound by, you know, anything business-wise. He’s not going to let anything interfere with his creativity and his musicality. He’s an inspiration.

It’s funny that somebody in my position should envy somebody like him, but I do. He’s able to live a normal life and still have a great music career, and be able to do whatever he wants to do and not be critiqued for it. You know, nobody asks him questions, and nobody says this was great or this wasn’t great. It doesn’t matter. Even if they did tell him he probably wouldn’t care. He just loves music. I love being around him, because he just thinks in very simple terms. Like I say, there are certain ideas that I know will work well with Pat when it comes to writing a song.

It seems like, as far as Music Row goes, there’s a very miniscule amount of writers who write by themselves. It’s just kind of a consistent co-writing process. So it’s cool to see when someone, whether an artist or pure writer, writes a great song by themselves, as you’ve done on this album. Do you make a point to do that? Or is it more like a burst of inspiration when you feel like a song is really yours alone for the taking?

It’s a little of both. “Pallbearer” for instance, I couldn’t bring myself to write that with anybody else. Nobody in this town knew Mr. James like I did. It’s was just one of those ideas that I knew nobody else would really understand, and it was one of those ideas that I didn’t think anybody else would like. I felt the same way about “Long Black Train.” After I wrote “Long Black Train,” I’m thinking “Nobody’s gonna care about this song.” I was wrong, and hopefully I’m wrong about “Pallbearer.”

It’s interesting you say that, because there has been a loss of artists who write by themselves. I don’t know why that is. I don’t know if people just don’t take the time to nurture that or don’t take the time to write. There are lots of artists that write, but it’s always co-writers. It’s always co-writes. For me, I learned from people who wrote by themselves. I’ve always had a certain selection of songs in my mind that really speaks to the value of an artist or the success of an artist. What’s the word that I’m looking for? I guess the “genuineness” of an artist. That selection of songs, and I could probably add to this list or take away from this list. You look at “I’m So Lonesome I Could Cry” along with so many other iconic songs that Hank Williams wrote by himself. You look at “Folsom Prison Blues” that Johnny Cash wrote by himself. You look at “Cole Miner’s Daughter” that Loretta Lynn wrote by herself. You look at “Hello Darlin’” that Conway Twitty wrote by himself, “El Paso” that Marty Robbins wrote himself. I could go on and on and on with these songs that these artists wrote by themselves.

Even in more current terms, Randy Travis with “I Told You So” and John Anderson’s “Seminole Wind.” Those are signature songs. And for me, “Long Black Train” is my signature song. I didn’t plan it that way. I didn’t set out to write my signature song. Like I said, when I wrote that song I didn’t think anybody would get it or like it. I thought it was too old-fashioned, too old timey. Those signature songs. Those songs that artists write by themselves, there’s just something about them that is undeniably honest and real, that people get something out of. When Loretta wrote “Cole Miner’s Daughter” it was about her upbringing. It was about how tough life was. I’m sure she wasn’t thinking about how high it was going to get on the chart when she wrote it. Even Johnny Cash, he wrote it about watching a film about Folsom Prison. They come from real places. That’s where “Long Black Train” came from. So, yeah, it definitely has something to do with a burst of inspiration, but you have to make yourself available to it. You can’t turn your back on it or else you might miss out on something priceless. 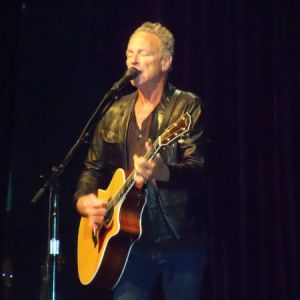 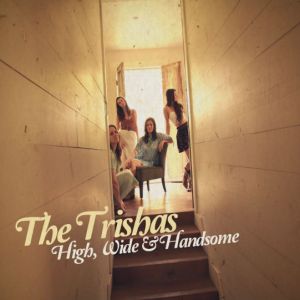