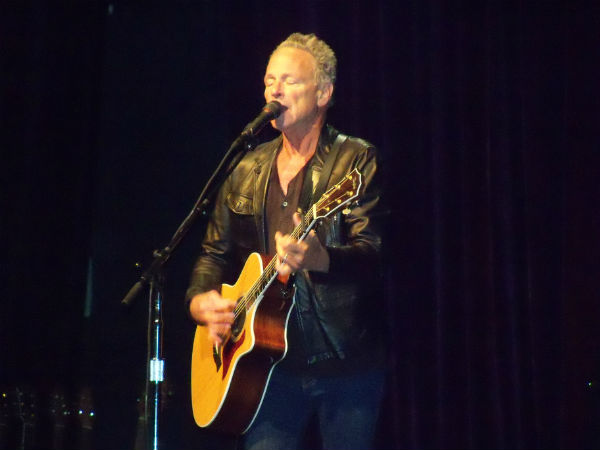 Lindsey Buckingham’s summer tour has already been recognized by American Songwriter, but is something worth revisiting because of the musician’s July 27 sold-out performance on Franklin Theatre’s stage. The 75-year-old movie theater in downtown Franklin, Tenn (just outside Nashville), came back with live music in 2011 when its doors reopened after a four-year dormant period. An intimate room that seats 300, it has a comforting attractiveness; elegant but not flashy, sparkly but warm, it could be likened to Buckingham’s own guitar playing that evening.

At 9pm, he took the stage quietly and set into the beautifully bittersweet “Cast Away Dreams” from Under The Skin. Known to often sing in a low, taut murmur, Buckingham unleashed his vocals fully, fleshing out the thin skins of his doleful strains like the weary beauty “Shut Us Down,” and inspiriting the carefree melodies of songs played with Fleetwood Mac like “Bleed to Love Her” and “Go Your Own Way.”

As is usual for most solo shows by a Fleetwood Mac affiliate, there was reminiscing of the band’s formative years when Buckingham and bandmate/then-romantic partner Stevie Nicks joined. Buckingham talked of drummer Mick Fleetwood’s interest in bringing the guitarist into the band – but he only wanted Lindsey. Buckingham said he’d join, “but you’ve got to take my girlfriend, too.” He got a laugh from the audience upon adding, “It worked out…in some ways.”

Adulation for the artist was shown with standing ovations after most every song, and Buckingham was gracious, bowing over, eyes shut and laughing like he’d never heard applause before.

He picked out the lovely, unsettling “Go Insane,” which was more powerful as an acoustic version than the original, very ’80s take. His haunting words filled the theater: “Two kinds of people in this world/Winners/Losers/I lost my power in this world/Cause I did not use it/So I go insane/Like I always do/And I call your name/She’s a lot like you.”

He stretched the usually springy, chipper Fleetwood Mac version of “Never Going Back Again” as thin as he could, holding the notes on his guitar and in his voice with stark control.

“This is about an idea. It’s a way of thinking that in order to grow, you must constantly seek what is essential, and discard what is inessential,” he said, noting that he was “looking OUT for love, not looking for it,” before the welling, ever-intense wave of “Big Love” flooded the room.

No less than eight guitars made an appearance and caught the stage’s light with every move. Something in the theater’s aesthetic – the lighting combined with the intimacy, the closeness, the quiet – drew a bold line around the artist and matched the music.

Of all the pop bands on top of the world during their era, there were none that had quite the same romance and mystique of Fleetwood Mac. Whatever it was – the inter-band turmoil, the deeply personalized songwriting, Stevie Nicks’ witchy aura – they showed how emotional, how emotive pop music could be. Even when the members took on solo careers, Fleetwood Mac – or the Big Machine, as Buckingham referred to it – was present. Exactly what he gave to the band was audible: technique as sharp as broken glass and addictive pop sense. Buckingham put the same into his solo songs, whose sonic wingspan overwhelmed Franklin Theatre.

He encored with three songs including a hushed, pensive “Trouble” and he finished with “Seeds We Sow,” the airy title track to his 2011 release – by which point a few had abandoned their seats at the front tables to hear the last songs up close. 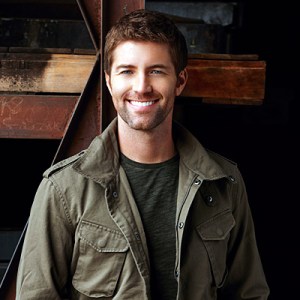