“There’s no sugar-coatin’ anything—it is what it is—and that’s what Hill Country blues is all about,” Cedric Burnside tells American Songwriter over the phone. “It’s about the unorthodox changes, and to learn that, you have to dig really deep. It’s nothing you can read off paper. I feel that in my heart.”

The Grammy-nominated artist inherited an invaluable wealth of North Mississippi blues traditions from his grandfather, RL Burnside. His new album, I Be Trying, is the next chapter in a career that began at age 13, when he hit the road in his grandfather’s — whom he adorningly called “Big Daddy”— touring band.

Released June 25 via Alabama’s Single Lock Records, Burnside’s album follows two Grammy-nominated projects—the 2015 Descendants of Hill Country and Benton County Relic in 2018. Building upon his past, the second-generation artist feels compelled to continue a genre tradition that is at once, African and American, Southern and Mississippian.

Recorded before the pandemic, over a few sessions at Royal Studios in Memphis with lifelong friend and fellow North Mississippi descendant Lawrence “Boo” Mitchell, I Be Trying is Burnside’s meshed memories from the past with reflections on the current state of things.

The album opens with “The World Can Be So Cold,” a simplistic acoustic instrumentation that leaves space for soaring vocals, a strong argument for the necessity of community and connection. “Step In” kicks it up a notch, from mournful reflection to an impassioned plea to a higher power to intervene. The storytelling is narrative here, steeped in his upbringing through rural poverty that speaks to a significant population in this country

Though penned well before the political and racial reckoning that played out admist the pandemic, the opening pair remind listners that these issues are not just a 2020 thing. The unfortunate enduring nature of these heartaches resonate well within the current context of the album release.

“I thought to myself, man, this is very privy to what’s going on today—people trying to get over on you, you know, people messing over other folks, people hating each other,” says Burnside. “It’s just all type of stuff going on, and it just happened to fit the times that we’re going through today. I don’t know how it happened. But I’m so grateful and begging the Lord that people can relate.”

He attributes the songs’ resonance to the raw nature of the music tradition. As a teenager, his friends joked that he sounded like a 50-year-old man. Still an old soul, he says, “I started traveling with the band, rolling with all these old guys, and I just loved that atmosphere. And it was a big part of me then and it’s a big part of me now. It always will be. So to teach this to somebody, hopefully, my girls will carry it on as well.”

He is a proud father of three daughters, ages 22, 18, and 15, all of whom can play drums and guitar. His youngest daughter, Portika made her debut on the title track, “I Be Trying.” Her vocal contribution adds levity to the pleading statement that he’s working on himself, aiming to be the best man that he can. Steeped in gospel-soul, the song captures the collective human spirit that threads throughout the 13-track collection—both its beauty and imperfection.

“Pretty Flowers” steps into the sweeter side of the experience. Penned as a love letter, the song likens growing in love to a blooming flower. Looking back, he skims over past missteps, arriving in a place of gratitude in his growth surrounded by a loving family.

The track list contains two covers. The first is his grandfather’s 1968 song, “Bird Without A Feather.” The second is Junior Kimbrough’s “Keep Your Hands Off Her,” which Burnside re-titles by shifting the opening line, “Hands Off That Girl.”

“Dark,” he admits, “but what people go through.”

Navigating the slow progress of a modern South, the artist highlights love over affliction. He turns to the writings of Lao Tzu for inspiration, allowing love to reign over seemingly impermeable darkness. He implements the sentiment in the grooving anthem, “Love Is the Key” and is reinforced on the final track, “Love You Forever”—expressing his palpable desire for us all to “really just try to come closer.”

Burnside says he is “trying his best to implement love” in his life and in relationships with others. “There’s not enough love shown in the world. People have a lot of regret. The world needs more love.”

From-song-to-song, the album unfolds like a map through the labyrinth of the all-encompassing concept of hard times. As a leading ambassador of his legendary musical lineage, Burnside brings forth the blues to a digital age with dynamic modern influence. His efforts to translate the tradition are complemented by collaborations with Alabama Shakes bassist Zac Cockrell, North Mississippi Allstars guitarist Luther Dickinson, and principal collaborator Reed Watson on drums.

“I don’t read music or anything like that. But I would love to show anybody who wants to learn my style of music. I can’t write it down, so I have to show it to them,” says Burnside of the family tradition. “When I leave this world, I want this music to be carried on.”

Listen to Cedric Burnside’s new album, I Be Trying, here. 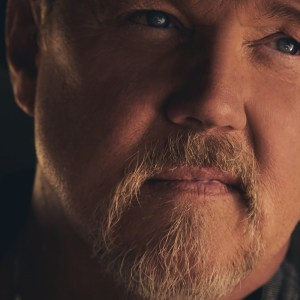 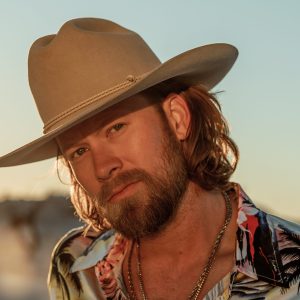