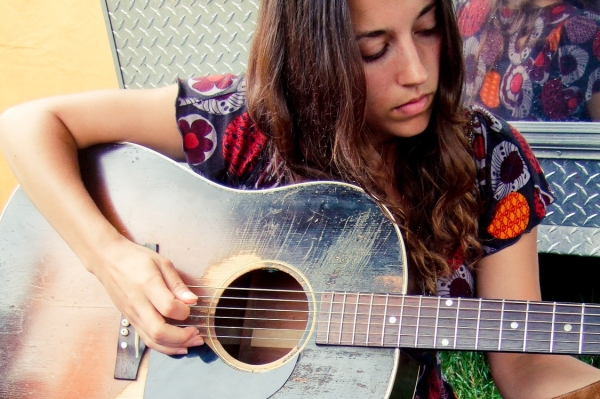 When Charlie Faye moved to Austin, she was ready for a change—and change, apparently, was ready for her. Upon arrival, the New York native was immediately drawn to the sense of community within the local music scene. The district charmed her, persuading Charlie to reveal her full scale of creative talents and lending a renewed sense of purpose to her songwriting. Her debut album, Wilson St., is a motley collection of records that transcends genre and embodies her creative spirit. Driven by commanding acoustics and Charlie’s sultry voice, the album reflects not only her changes as an artist, but as a human being. Currently on tour, American Songwriter had the chance to chat with Charlie about a range of topics, including why her music deserves its own genre and what’s coming next for the busy artist.

You established a name for yourself living and performing in NYC, but have since moved to Austin. Why the big move?

Well, I grew up in New York, and after twenty-something years there, I think I was just ready for something different. I had passed through Austin before, on tour, and I loved the town, and the people — and it just felt like there was a real musical community there — everyone knew each other and played with each other. I wanted that. I never had it in New York. My bass player lived in Brooklyn, my guitar player lived in Hoboken, my drummer in the Bronx. In Austin, you run into your bandmates at the supermarket, because you all live within 5 minutes of each other. So when I started feeling the urge for a change, Austin was the obvious choice.

Your debut album, Wilson St., is aptly named after the small musician’s enclave you now call home in South Austin. What type of relationship do you have with your community, and how has this influenced you?

The story of the Wilson St. Cottages is a long one. I’ll try to keep it short so I don’t take up pages here! I live in a little cottage in a group of cottages in South Austin that have been occupied by musicians and artists and likeminded people since the 70s. When I found out that one of the biggest developers in town had plans to tear the place down, something happened in me — I was completely unwilling to lose this beautiful thing that I had just so recently found. So I fought, and with the help of my neighbors, managed to edge the developers into a place where they had to negotiate with me. Pretty cool what you can do, really. Took a lot of learning along the way. But when they’re ready to start building their new project, I’ll be moving the cottages to another location to create Austin’s first affordable housing project for musicians — a place that is meant to stay that way, to keep Austin artist-friendly. The project is still in the works, and we are looking for all kinds of help. So email me up.

Aside from that project, I would say I generally believe that everyone in the creative community has something to give to one another, and I really love being a part of that — lifting up other artists and friends, and feeling their support when I need it, too.

Seems like you have a lot of fight in you, can your listeners expect the same type of passion to be reflected in your music?

That project brought out something in me I’ve never seen before, and it’s not the same kind of passion I feel for music. That was a fight, and I was in fight mode. Writing music is not a fight. It’s natural, and when it’s not natural, it’s usually not so great. But when it comes to having a career in music, sometimes it does feel like a fight. It’s not easy, keeping this up. It’s not a money-making career choice, I’ll tell you that, and it requires constant attention. But I love it, so I won’t give it up.

Well your album Wilson St. certainly blurs the distinction of genre, as you parlay rock, country and blues into a number of your songs. But if you had to characterize the type of music you write, how would you?

If I had to, I would flounder, and I always do. I am terrible at answering this question. My music is really a blend of a lot of things — it’s definitely roots-music-based, and it fits under the Americana umbrella. I grew up on Carole King, Neil Young and James Taylor, so I feel like a lot of my subconcoius songwriting comes from there. But when I started playing music in college, I was much more interested in Blues and Bluegrass, and old classic country — so a lot of it comes from there. Now I listen to a lot of real Rock n Roll – Dave Edmunds and Ian Hunter and the like. Okay. Maybe if there was a genre called Modern Classic Rock, I could be that.

Looking beyond Austin, you are currently embarking on your 2010 tour, Travels with Charlie. From what I hear you will be settling in ten different towns in the span of ten months, really digging your feet in each town and absorbing the local scene. You will also be assembling a local band, and then at the end of the month playing a show for your new fans. Seems like a bold undertaking, what motivated you for this?

It IS an undertaking! And it’s already underway. I’m writing you from Tucson, Arizona today, where I’ve been living and playing for almost a whole month. I love it here. It’s like a second home already. I think that’s what motivated me to do a tour like this. After I put out my newest record, Wilson St., I knew I would have to be on the road for a while. And I have a love/hate relationship with touring — I love traveling, I love being in the van with a group of people — but I hate going from place to place every day and never really getting to see the places or know the people who live there. Now I know Tucson. I have friends here. I have a band here. I’ll come back, and when I do, it’ll feel like a homecoming.

You say on your website that you really want to get to know each community you settle in this year. How do you plan on doing this while at the same time focusing on your music and upcoming shows?

Simply put: I’m hanging out. Meeting friends of friends for lunch, going out alone and just talking to people. As a kid in New York, my parents always told me not to talk to strangers, but now talking to strangers has become my forte. And it all goes together — being out and playing music is what makes you a part of the community. Putting together a band in each place, getting to know people through playing music with them, going out to other people’s shows to support them and see what they’re doing. And I reach outside the music community too — I have other intrerests — yoga, food… so I meet people in lots of ways. And I’m pretty much always up for a conversation with just about anybody.

All this traveling must be exciting, but I’m sure it will be difficult leaving Wilson St. behind. What can your fans expect after the 2010 tour, assuming we don’t lose you to one of the towns along the way?

Well, here’s the newest exciting part of the whole tour: I am making a record. I wrote a new song this month, and recorded it right here in my January home of Tucson, AZ, at Wavelab Studio. I am going to write a new song in each city on this tour, and record it with the people who live there. That’ll be my new record. One song written and recorded in Tucson, one in L.A., Portland, Boulder, New Orleans, Milwaukee, Marshall, Nashville, Northampton and so on! I’m really excited about that. Maybe I’ll record a final track when I get back home to Austin. You won’t lose me. Eventually I’ll just belong to all of these places. 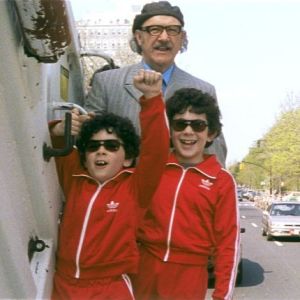