“Well it’s Ninth and Hennepin, all the doughnuts have names that sound like prostitutes, and the moon’s teeth marks are on the sky…”

Tom Waits has been traveling the world since the early 1970s, bringing his catalog of vaudevillian, sharply-worded rock & roll tunes along for the ride. Forty years (and more than 15 albums) later, he’s logged enough road miles and airline points to plot his travels on an actual map, taking snippets of his own lyrics and attaching them to the cities, states, and street corners that inspired them. Any Tom Waits superfans out there? Here’s your chance to hop in an ol’ 55 (or the closest downtown train… although those can only take you so far), and drive through your hero’s entire discography, passing Jersey girls and San Diego serenades along the way.

Here at American Songwriter headquarters, we live closest to the college town mentioned in 1999’s “Pony” (“I was full of wonder where I left Murfreesboro”). Southern California gets a whole lotta love, predictably, with more than 20 tunes name-checking various people and places in Waits’ home state. There’s a good handful of international references, too, from Italian landmarks (“The lion or the raven hair? / The flesh will all be tearing / But the tail will be my own / In the Colosseum tonight”) to long-distance messages from Turkey (“I got a telephone call from Istanbul / My baby’s coming home today”). Which Tom Waits lyric do you live closest to? 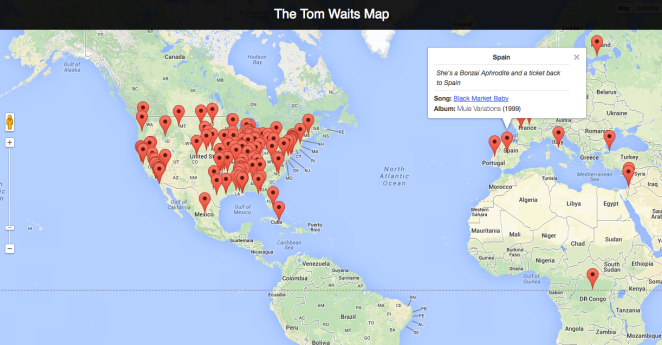 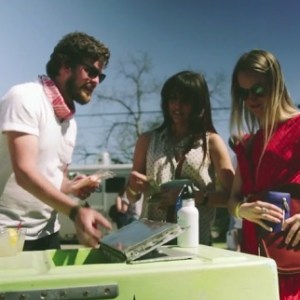