This article appears in our May/June 2015 “Blues Issue.”

The legends of blues are many, but few bluesmen have left behind a larger-than-life legacy to match that of Chester Burnett, more commonly known as Howlin’ Wolf.

Wolf was more than just a great blues singer. With a unique voice, an imposing physical presence and the willingness to do almost anything to entertain, he influenced a generation of blues-rockers. Wolf was born in central Mississippi, a couple hours east of the Delta area that would spawn Muddy Waters, Willie Dixon (who would later write some of Wolf’s biggest songs), and other blues legends. Functionally illiterate and from a fractured childhood, Wolf migrated to the Delta as a teenager, where he met influential early bluesman Charley Patton. Under Patton’s tutelage, he learned about singing, guitar playing, and entertaining, and blending the three into something that would make money and still have artistic merit. Wolf was also drawn to the yodeling of the “Singing Brakeman,” Jimmie Rodgers, another Mississippian and one of the fathers of country music. Since Wolf couldn’t yodel, he took to howling.

After performing throughout the South with artists like Robert Johnson and Son House, and doing a stint in the Army, Wolf recorded in Memphis with Sam Phillips, whose Sun Records later made stars of Elvis and Johnny Cash. Wolf did well financially, and in 1953 he pulled into Chicago in a nice car with thousands of dollars in his pocket, ready to record for Chess Records.

Muddy Waters and his hot band had pretty much dominated the Chicago blues scene until Wolf arrived. It wasn’t long before Wolf and Waters developed a generally friendly rivalry, both of them working the same venues and recording for the same label. That was where the similarities ended. Wolf wasn’t as skilled on guitar as Waters, but he also played blues harp, with a style that was supported by the lung power of a man with a 6’3” frame that carried some 275 pounds. And Wolf was all about the show, walking on the bar and carrying women on his back as he crawled around on all fours on the stage.

Wolf borrowed song themes and ideas like every other Mississippi bluesman, but he had great ideas of his own, too. He’s probably best-known for “Smokestack Lightning,” a vamp in E that was both propelled and restrained by Hubert Sumlin’s iconic guitar line. The title of the song refers to the sparks coming out of the smokestacks of freight trains that rural folk watched roll across the countryside at night. The antithesis of conventional songwriting, or even of the normal blues motifs, “Smokestack Lightning” is still unique today. And given his name, Wolf’s howls at the end of each verse work perfectly.

Whoa oh tell me, baby
What’s the matter with you?
Why don’t ya hear me cryin’?
Whoo hoo, whoo hoo, whooo

Whoa oh, stop your train
Let her go for a ride
Why don’t ya hear me cryin’?
Whoo hoo, whoo hoo, whooo

Whoa oh, who been here baby since
I, I been gone, a little bitty boy?
Girl, be on
Whoo hoo, whoo hoo, whooo

Wolf influenced the same generation of British musicians as Waters did, and the 1971 album The London Howlin’ Wolf Sessions featured the Wolf accompanied by Eric Clapton, Steve Winwood, Ringo Starr and others. Wolf’s song “Forty-Four” was cut in 2011 by Clapton and jazz legend Wynton Marsalis, and versions of other Wolf songs have been recorded by Chris Whitley, Santana, even Megadeth. And Wolf’s influence can be heard in the work of modern-day acts like the Black Keys and Jack White, not musically as much as in the raw, spontaneous, analog attitude that marked the pre-digital blues world.

Susan Tedeschi of the Tedeschi Trucks Band speaks reverently of Wolf both as a man and a blues icon. “Howlin’ Wolf’s voice is so haunting because he went through some tough times,” she said. “In his older age he learned to read and write as a grown man, and that takes a lot of guts. He was an incredibly brave man who had a lot of beautiful power. Look at musicians like the [Rolling] Stones who used to freak out around him. They knew.” 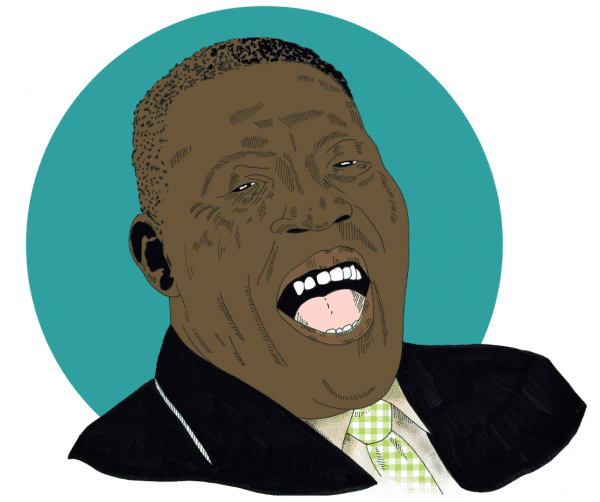 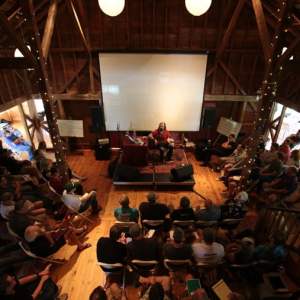 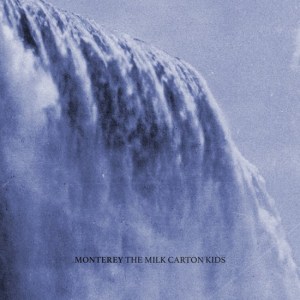