Chris’ rendition, like the entire No One Sings Like You Anymore album, is beautifully joyful yet heartbreaking

Vickie Cornell, wife of the late Chris Cornell, has released the physical/vinyl version of Chris’ beautiful album of beloved covers, No One Sings Like You Anymore, in conjunction with UMe.

Representing the estate, Vickie made the announcement along with their two kids, Toni and Christopher. The album, which he recorded in 2016, was his last fully completed studio album, and comprises ten of his favorite songs. Of these, Lennon’s “Watching The Wheels” is especially poignant, and had a special closeness to Chris’soul, as did Lennon himself.

His rendition is extraordinary. As with the entire album, Chris played all the instruments on it with Brendan O’Brien, who also produced and engineered. His version of the song is at once more visceral, sorrowful and poignant than Lennon’s, which has a certain studio slickness, as does all of Double Fantasy, the last album released during his lifetime. Not that its sound ever was a detriment in any waym; it was John’s first album in the five years since his son Sean was born in 1975, and his wheel-watching was replaced by fatherhood, which he -this time around- embraced with much love and joy. Several of his other new songs were among his happiest ever, reflecting this short season of familial bliss in his life, the only he’d ever known. The bright, silvery New York studio sonic sheen perfectly framed his exultant first single back, “Starting Over” as well as his love songs for Sean (“Beautiful Boy” ) and his wife and co-artist/songwriter on Double Fantasy, Yoko Ono (“Woman.”)

But unlike these other songs, which unapologetically celebrated his time away from the madness, this one is different. It’s addressed to all who wanted him back on that merry-go-round, still churning out the music that helped us all endure modern times since back in 1964. It is unapologetically apologetic, starting with the declaration: “People say I’m crazy, dreaming my life away…” He knew he had every right to withdraw from the world to be there for his son – fully – and enjoy life as a family. Yet, being Lennon, he saw the whole picture. Just as he was frustrated with Elvis’ lack of music during his stint in the army, Lennon knew his fans loved him even as they complained about his absence from our world.

Yet the song has a dimension of dark sorrow, given the tragic context of its origins and release. It was recorded and released on Double Fantasy, which came out on November 17, 1980, literally three weeks prior to Lennon’s death; he was shot dead in front of the home that was his happiest ever on December 8, 1980.

“Starting Over” and “Woman” were released as singles prior to Lennon’s death. “Watching The Wheels,” however, was released after Lennon’s death, and was the final single from the album. Because of that timing, the song reflecting his very brief period of being a real family man, took on an added level of sorrowful, painful irony.

Cornell’s version delivers that tone in its raw sparseness, owning the subject fully. And now in the wake of his own death, also leaving behind beloved wife and children, it too carries with it an aura of deep sorrow. Though fast and upbeat, and ostensibly a happy song, it is wrapped in both darkness and light.

Vickie reflected these twin dynamics at play in this song and the entire album.

“This album is so special,” she said, “because it is a complete work of art that Chris created from start to finish. His choice of covers provides a personal look into his favorite artists and the songs that touched him. He couldn’t wait to release it.”

But then she added, “This moment is bittersweet because he should be here doing it himself. But it is with both heartache and joy that we share this special album.”

Heartache and joy. Yes. Exactly. That is where we live, especially in these recent times of lockdown, sorrow and isolation. Which is why his voice and songs matter so much.

As Vickie said, “All of us could use his voice to help heal and lift us this year, especially… I am so proud of him and this stunning record, which to me illustrates why he will always be beloved, honored, and one the greatest voices of our time.”

as the final ‘s handpicked collection of 10 cover songs, which he personally selected and sequenced to celebrate artists and songs that inspired him. No One Sings Like You Anymore was released digitally in December 2020, with track “Patience” charting as the #1 Rock Radio Hit.Vickie, along with thewir kids and her children, Toni and Christopher, on behalf of The Chris Cornell Estate in conjunction with UMe, release the physical/vinyl


Recorded by Chris in 2016, the album, which is his last fully completed studio album, features his renditions of John Lennon’s “Watching The Wheels,” Ghostland Observatory’s “Sad Sad City,” Harry Nilsson’s “Jump Into The Fire,” Carl Hall’s “You Don’t Know Nothing About Love,” Electric Light Orchestra’s “Showdown,” Terry Reid’s “To Be Treated Rite,” Lorraine Ellison’s “Stay With Me Baby” (originally released for HBO’s show Vinyl), “Get It While You Can,” popularized by Janis Joplin, and a new studio recording of “Nothing Compares 2 U,” written by Prince. Chris’ cover of Gun’s & Roses “Patience,” which was released on his birthday last year, and earned him his first solo Billboard Number 1 on the Mainstream Rock Songs chart, is also included on the album.


All instruments on No One Sings Like You Anymore were played by who also produced & mixed the album. The album is a special gift for Chris’ fans and long-term supporters, but the Cornell family hopes that new fans and listeners will be inspired by Chris’ powerful and unique voice in these stunning renditions.

2. Jump Into The Fire

7. You Don’t Know Nothing About Love

9. To Be Treated Rite 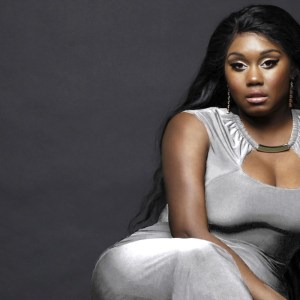 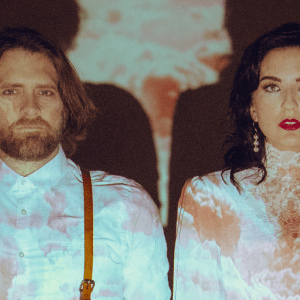