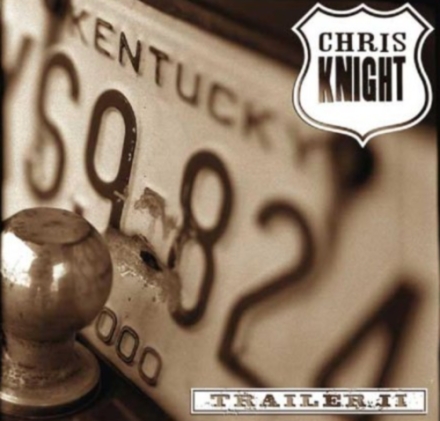 Chris Knight always keeps blue Mondays a blink away. The fiercely sharp songwriter’s anti-heroes dig and drive toward freer tomorrows, but he ultimately trips them with time cards. Knight, a former coal mine inspector from western Kentucky, acutely understands rural resignation. “There outta be a town somewhere named for how I feel/I could be the mayor down there, and say, ‘Welcome to Sorryville,’” he sings on “It Ain’t Easy Being Me.” “You might say that it don’t exist/If you make enough wrong turns, it’ll be hard to miss.”

“I do them a lot better now,” Knight told American Songwriter recently. “At the time I was just trying to get them down. I have some misgivings [about releasing the demos], but I’m more critical of myself than most people.” By nature, Trailer II isn’t as essential as The Trailer Tapes, but pay particular attention to Knight’s grittiest landscapes (“Highway Junkie,” “Love and a .45”) and most exacting snapshots (“Summer of ’75,” “Till My Leaving’s Through”). Fundamental truths rarely come cleaner.