When I go back home, I’ve got some famous friends, sing Chris Young and Kane Brown. Their anthemic collaboration, co-written by Young, Cary Barlowe, and Corey Crowder, honors both superstars’ hometowns and long-standing friendships. With the brand new music video, out today (March 26), they naturally enlist some real-life friends to appear.

“I can’t imagine a more perfect video,” Young says in a press statement. Directed by Peter Zavadil/Tiny Terror Productions (Eric Church, Lindsay Ell), the clip mixes performance-style footage and vignettes of some of their good friends, including Corey, Brandon, and Meagan. “Peter knocked it out of the park on this one. I had a blast seeing my friends on set, and that rooftop performance with Kane is some of the most fun I’ve had in a video.”

I got friends in high places, on these small town roads, Young and Kane trade off on the bridge. ‘Cause ’round here it’s all about the people that you know.

On writing the song, Young previously shared, “It was kind of a different idea and something that I really was drawn to when we were writing the song. We were out on the bus, out on tour, and we’d written a ballad and a tempo song,” he told CMT. “And I was like, ’Man I really want to write something about the people I grew up with, with kind of a hometown vibe.’ And this was what spawned from that idea. It’s like a bunch of little pictures of people and who they are.”

“Famous Friends” is currently in the Top 25 on country radio. 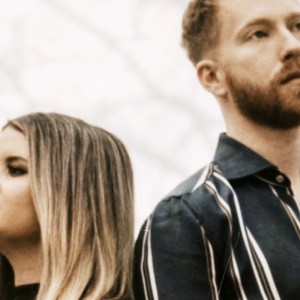 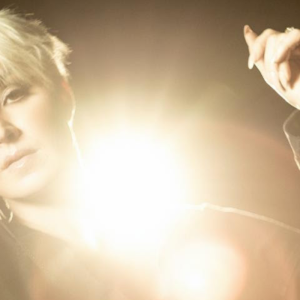