When Shannon Shaw first saw an astrologer in the late summer of 2019, the singer-bassist of her Oakland-bred band Shannon & The Clams felt the ground beneath her crumbling. The unraveling began in 2016 with the warehouse fire at Ghost Ship—a critical pillar of their DIY West Coast rock community. In 2019, a “Peeping Tom” situation drove her from her apartment where she had lived for 14 years. And just as soon as her powerhouse band started gaining the traction they deserved—asked to tour with the likes of Greta Van Fleet and The Black Keys—Shaw’s father received a daunting cancer diagnosis.

In October of 2019, Shaw returned to her astrologer after she began writing for their latest album, Year of the Spider, released August 20 via Easy Eye Records. “At that point, I knew I was going to leave the Bay Area,” Shaw tells American Songwriter in a recent phone interview. “It was before 2020, but I was dealing with a lot. The astrologer was encouraging me to find a goddess to channel to help me step into my power when I’m feeling powerless, or fearful.”

The astrologer sent her the Hindu goddess, Durga, who Shaw describes as a “badass.” As a demon-slayer, Durga is believed to ride a tiger, carrying weapons in each of her eight arms. Shaw continues, “As I read more, that’s when I made the connection that spiders have eight arms. And I realized that instead of being so terrified of spiders, having them ruin my life constantly, I could find a way to harness their strength. So I used that symbol and shifted the power there.”

Year of the Spider sees the breakthrough retro-rock outfit channeling their inner-warriors through a period of overwhelming defeat. Shaw, alongside Cody Blanchard (guitar), Will Sprott (keyboard), and Nate Mahan (drums) recorded their new album with the iconic Dan Auerbach at his Easy Eye Sound Studios, the same week tornadoes tore through town, devastating parts of Nashville and the surrounding area. The coming days brought global lockdown onset by the rapid spread of the COVID-19 pandemic.

The news of canceled dates was devasting to the group who had readied themselves for this moment for over a decade. In a typical cycle, once recording was complete, there would be a mad dash to print merch, make music videos, and get tour dates on the books to support the project.

“This time was different,” says Shaw. “To finish this album that felt so meaningful and important when we were making it, just to be met with silence and so much uncertainty, it feels like this is the first worldwide shared experience, in my lifetime at least. I ended up accepting the fact that maybe everything was over, and this would not go anywhere. And by accepting that, I started listening to it with new ears and realized how much more real some of the content got after recording it.”

Listening through the music within the new global context, Shaw fawned over lush textures and the empty sonic space that allowed her vocals to shine without interruption. The first track, “Do I Wanna Stay” exhibits the emptiness, showcasing ethereal echoes of her voice as a centerpiece of the project. She explains, “I’m used to wanting to pack in layers—percussion, backup vocals. I think of it like piling on comfort, like blankets. But that song is so stripped back, it was a good exercise for me.”

Working so intimately with Auerbach opened their eyes to the opportunity that awaits when opening your music to external input. Blanchard points with pride to the “audacity” he found in doing a song like “All My Cryin’.” He describes a “fearlessness” in the disco-pop song, adding “It’d be easy to be scared to do that—just thinking too much about what people think of it.”

“Snakes Crawl” is another one where Blanchard felt the band going out on a limb. For Shaw, the process was a lesson of continuing to learn “not to be too precious.” Blanchard says, “For us, it’s usually about cutting parts away. We dos tuff that’s overly long, too many things going on. So it’s about distilling it down to its pop-essence.”

By expanding into this previously unimaged soundscape, Shannon & The Clams discovered more depth in their musicianship that transcends hardship and even a global pandemic. Listening to the album now, after sitting on the album for over a year, the band hears the heart and soul they poured into the project within the stripped-down songs.

“I’ve never listened to so much Clams as I have over the last year,” Shaw concludes. “We created this album with so much chaos afoot, but it ended up becoming more meaningful as time went on.”

Listen to Shannon & The Clams’ new album Year of the Spider, here. Check out tour dates and tickets on their website. 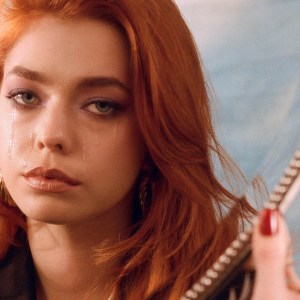 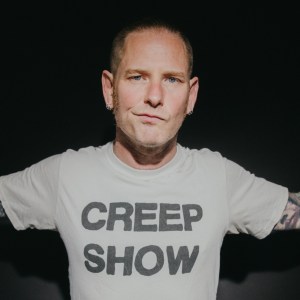