It’s June 19, and Chuck D is heading to a radio interview in Los Angeles. He has a lot to say, and he’s just getting started. Earlier in the day, Public Enemy dropped “State of the Union (STFU)” their first single in three years. Never ones to evade socio-political issues right out of the gate with controversial debut Yo! Bum Rush the Show and their still-potent 1989 anthem “Fight the Power”—which they’ll remix with Nas, Rapsody and Black Thought more than a week later for a special BET Awards ceremony—the current, presidential administration has given Public Enemy plenty of new material. “State of the Union” is a penetrating track questioning the state of America’s leadership, the state of the country, and the state of the future for black Americans.

Returning with Flavor Flav and turntablist DJ Lord, no idiom, no beat is wasted in getting the point across, striking hard in punching lyrics Don’t say nothin’, don’t think nothin’ / Make America great again, the middle just love it / When he wanna talk, walk y’all straight to them ovens / Human beings of color, yeah we be sufferin’. Never mentioned by name, the president is only referenced as “45”—“Operation 45,” “Nazi cult 45 Gestapo.”

“That was a great coded way to talk about Trump without saying his name,” Chuck D tells American Songwriter.

Pulled together over a month with producer DJ Premier, the premise of the song, a follow up to Public Enemy’s 2017 release Nothing is Quick in the Desert, is simple, D tells American Songwriter. It’s an urgent call to get the president out of office—now.

“We want to Nixon-ize this dude,” he says. “Nixon didn’t finish out his second term. This guy can just finish the one. Go on back to your casinos, your beauty pageants, and reality TV show. That’s all man.”

“State of the Union” started taking form while D was working with Prophets of Rage, the supergroup featuring Lord, Cypress Hill’s B-Real, and Tom Morello, Brad Wilk, and Timothy Robert Commerford of Rage Against the Machine and Audioslave. When roused by the administration, he kept jotting phrases and lyrics into his notebook. Whenever he saw the acronym for SOTU, the president’s annual address, D always replaced it in his head with “STFU,” fusing the track’s persistent call out of Shut the fuck up / Sorry ass motherfucker / Stay away from me. “The two other things, ’Sorry ass motherfucker. Stay away from me,’ just came from when I get into any situation, or near a person, that is toxic,” says D. “It’s easy to say, ‘stay away from me.’”

Revolted by the president’s St. John’s Church photo shoot during the DC protests, and his claims of making Juneteenth (June 19) famous, D says the solution is simple. “If the world don’t like you, and half the country don’t like you, you are vastly outnumbered,” he says. “I’m not trying to eliminate you. I’m not trying to banish you from the face of the earth. Just stay away from me.”

Now 30 years since the release of Public Enemy’s indelible Fear of a Black Planet, D says the battle is the same, there’s just a new generation fighting for it.

“New people are born and old people die,” says D. “That’s always the fact that we don’t take in consideration when you talk about the 30-year gap. People were here and they were pretty much intrinsic into the mix and there were people yet to be born back then. Now you have people that have been born since then, and they’re in the middle of the conversation.”

He’s fired up. In fact, Chuck D is always fired up. And he’s always writing.

“I write with ideas, with things that I see,” says D. “It’s people, places and things. I’m also a fan of great songwriters, of writing, and the history of a song itself—and I listen a lot more than I talk.”

Stretching outside his musical bubble, D ran with Prophets of Rage from 2016 through 2019, which he says was a poignant time for him. “It was a four-year college course of brotherhood,” he says. “We had a great time.”

Earlier this year, D pulled in David “C-Doc” Snyder, his label partner at SpitSlam Records (who also shot the “State of the Union” video), along with Lord and Jahi Torman (PE2.0) for a release under the moniker Public Enemy Radio, a component of “PE” he calls the “Bob Marley system of Public Enemy.” Also on Juneteeth, D and Arrested Development’s Speech released a remix of Daddy-O’s “Bullets,” a direct address to the country’s police brutality against blacks in America.

“I’m always fired up,” says D. “I’m a writing machine, because I’m always reading and studying great writers and artists of the past. I don’t mimic them, but I’m inspired by them.”

Songwriting and great songwriters are part of Chuck D’s creative DNA, and he often reverts to the greats for inspiration—anyone from Bob Dylan to Carole King or Smokey Robinson. “They’re works in progress,” says D. “They’re still writing and doing songs, so I try to match that intensity in the genre that I’m in.”

One day, Sheryl Crow is consulting with D on a song she wrote, and the next Redman is calling for advice. D is also connected to Carole King and her family. “I mean who would think that Chuck D gets emails from Carole King and Sheryl Crow?” he laughs. “I pay attention to that realm of greats, and try to make my thing happen with something that stands the test of time.”

A great song, says D, has nothing to do with the genre or how long the track runs. “A song is a song is a song,” says D. “It begins with something, and it closes out with something else. It’s an honor and it’s a privilege that I don’t take for granted.”

Still, he believes black music, specifically hip-hop, doesn’t get the recognition it deserves when it comes to songwriting. “A lot of times when they have the songwriter awards, they talk about my songs, but they wouldn’t give it a songwriter award,” he says. “When it comes down to it, the kind of the songs that sell the most are pop songs.”

Today, songwriting is more open than it was a decade ago, but there’s still the issue of the industry and its expectations. “Songwriters and artists follow the industry a little too much,” says D. “The fact that you’re writing a song that might end up being somewhere around three minutes and 45 seconds is a response to industry. It’s not a response to art.”

Instead, he prefers to think in terms of jazz writing, where there’s no specific template to follow, and says writers need to ask: who and what are you making a song for? Do you know who you’re talking to, and do you know how you want to present them?

“A lot of times people write songs because they are begging for results,” says D. “I just think there’s something there that needs to be examined and explored without somebody capitulating to where it has to process into something or make sense. Yes, results are part of the job process. You want to see where it led, but I also think that gets more into the industry.”

In this new era of protest songs, artists shouldn’t become driven by the industry, preoccupied with trying to figure out the process and the immediate result. “When you start to say, ‘well, I did this, now I’m looking for the result,” you know what, the result might come 10 years from now, or three years from now,” says D. “So why does a result have to be in the timeframe?”

It’s something D says he got away from in the business a long time ago. Granted, “State of the Union” which was pulled together within a 24- to 48-hour flip, and mostly filmed at a secret location overnight, was initially put on hold until all the people and pieces were in place.

“When Trump walked across to the church with his upside bible, me and [DJ] Premier said, ‘this song is ready for this moment. People need to hear it now,’” says D. “But you got people that work with you, and they work with you for a reason. They’re not a volunteers. So you have to hold up and say ‘okay we want to do it the right way,’ because there’s a lot more people involved.”

Still, from an artist and writing standpoint, the moment is the moment, says D, and most of the time people miss the moment worrying about the process. “If it’s the moment, then it’s like boom I want to go right now,” he says. “That was the moment a couple of weeks ago. We knew Juneteenth was coming up, and Trump was getting ready to speak in Tulsa, the city of the biggest black atrocity in our country.”

Right now, in this moment, D is stirred by the artists within his circle, like DJ Premiere and C-Doc, who he calls “lifers.” When asked about his relationship with Flavor Flav, who was reportedly fired from Public Enemy earlier this, D simply says he just has to get him to work. “We’re always going to be okay,” says D. “I always have to figure out a way to get him to work, that’s all. I have no problems with Flavor when he does his job, and he’s the best in the world at what he does.”

This fall, Flav is set to produce one of Public Enemy’s upcoming albums. The first album will drop on August 1, which also marks D’s 60th birthday, with a second released in November. The Flav-helmed Come to Where the Flavor Is—the title, a nod to the ’80s Marlboro commercials—will be a more lighthearted album following the pandemic and protests.

D is also busy working his weekly music show, “And You Don’t Stop,” which he’s been curating with Rapstation.com for the past 11 years, in addition to working with artists on his SpitSlam label.

“That’s my passion and my dream,” says D of his artists. “In the time that we live in, everything is driven by numbers, and eyeballs, and click bait, and clicks,” he says. “Then it transfers to how many units are downloaded, or how many streams, so if anybody is under that bar it’s ‘oh, that’s a waste of our time’ but I don’t think everything is a waste. We could lead into a time where every artist is a potential Van Gogh or Matisse. I believe in the quality of your belief and not the quantity of your result.”

When asked why he keeps doing this, without any hesitation D says, “Because my story lives with it.”

There’s no rush. It’s one day at a time, especially now as the music world is reconfiguring itself around COVID-19. Still D has a few premonitions. He sees small cafes, holding 30 to 100 people and wired with GoPro and 10 different vantage points, as the new music venues. Baseball and football stadiums that aren’t used for sporting events will continue to become virtual venues with drive-in concert-goers tapped into the show from their car’s stereo system. As a result, car systems and wi-fi will be looked at differently. Music will find it’s norm.

“The industry is always looking for the quantity of the result,” says D. “Enjoy the journey. This journey might never happen like this again. There have been some casualties, if you want to look at them that way, but there are also flowers, sprouting out of the cooled lava, so to speak, and we don’t know what that is yet.” 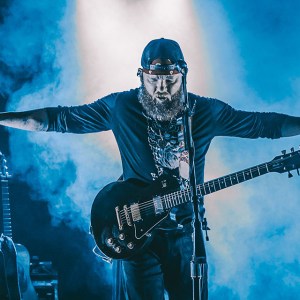 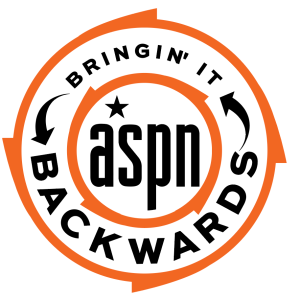