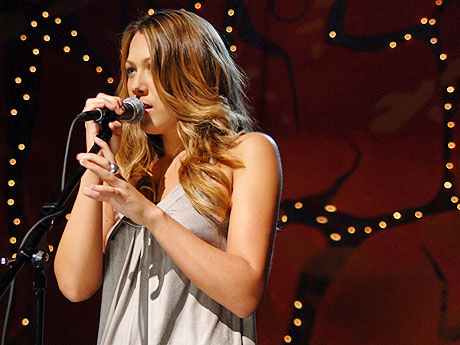 Pop newcomer Colbie Caillat is having a great week.  Her sophomore album, Breakthrough, just debuted at #1 on the Billboard albums chart.

The Malibu native spoke with MTV News about writing the followup to her 2007 double-platinum selling debut, Coco. “I just opened my mind to different techniques of writing,” says Caillat, 24. “Like, I would write from someone else’s perspective on a song.”

Of the lead single, “Fallin’ for You”, she says, “I wrote it about me falling for this guy who I went out on a date with, and it was just so unexpected that I was going to fall for him, like all these little things about him that I ended up adoring and falling for.”

Of the new song “Fearless”, she says it’s “actually from the guy’s perspective whose heart I broke and him telling me this breakup is not going to bury him, it’s just one little chapter in his life, and that he is going to be fearless in future relationships.” She adds, “it’s an emotional ballad.”

Read the rest of the MTV News article here.

Caillat will tour the States with singer-songwriter Howie Day, beginning September 17th with a gig at the House of Blues in Anaheim, California. “I know I was very timid on the last tour,” Caillat tells Billboard.com. “I wasn’t a performer yet. I didn’t know how to do it. I was very shy on stage…But I’ve really learned a lot. That’s actually why I named my album ‘Breakthrough;’ I broke through my fear of performing and having stage fright. So now I’m being me and laughing and dancing with my band and telling the crowd about my songs.”

Billboard reports that she and collaborator Stacy Blue, who co-wrote Caillat’s 2007 Christmas-time single “Misteltoe,” are working on a few new holiday songs together. 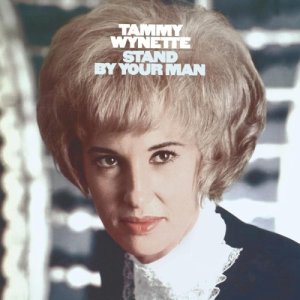 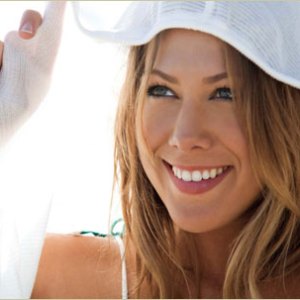