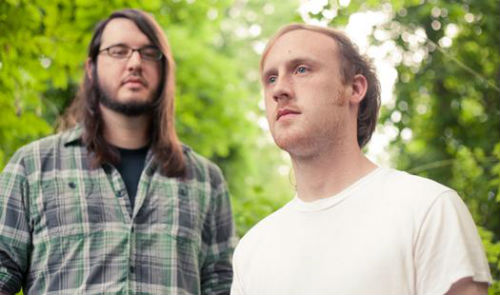 Just outside Birmingham, Alabama, there’s a tiny town called Leeds. With a population of 11,733, it’s known for being the birthplace of Charles Barkley and home to the world’s largest Bass Pro fishing shop.

Flying slightly under Leeds’ radar, there is also a two-piece neo-psychedelic folk band called Colossal Gospel, which has garnered praise from notable blogs and on occasion plays shows in Birmingham or down in Waverly, Alabama, at Standard Deluxe.

“We don’t know what compelled Stephen Weibelt and Chris Johnson to build a makeshift studio in a makeshift shed in Leeds, Alabama and make music. But they did,” states the band’s bio for Autumn Tone, the label that released Circles in October 2012. “If psych-folk is LSD around a bonfire, Circles is a low dose of mushrooms on the front porch,” it then adds, brilliantly.

Circles is a surely a sleeper hit. It took me months to wrap my head around it.

“It’s probably the type of record people will discover again twenty years from now,” Justin Gage, who runs Autumn Tone and its sister blog, Aquarium Drunkard, told me one day in Los Angeles.

A month or so later, I call up Chris Johnson in Leeds. It takes a while to connect—reception is spotty—but when we do he tells me he’s been out in the yard burning leaves. In a deep, slow, pensive voice—not unlike the throaty Kermit the Frog tone in which he sings on Circles—Johnson talks about working on a new album of mostly piano-based songs.

He tells the story of recording Circles. Two years ago, he and Weibelt worked wherever they could, on mostly antiquated equipment, while crickets chirped in the ceiling above them. Once, they got a tea pitcher and drilled holes in it for a reverb effect.

The resulting work is a beautiful mesh of intimate folk and soul, often with strange hard to interpret lyrics.

“Growing up in Alabama is kind of weird. I haven’t had too many people being too receptive to me wanting to do music,” says Johnson. “I’ve had people flat out tell me not to do it. ‘You should do what we’re all doing. Just work.’”

Johnson says he had a full time job and a girlfriend who was putting pressure on him to get married. But in a matter of a few weeks, he says, “all that stuff just kind of disappeared,” and he found himself on a new path.

“Stay by my side until the morning,” Johnson sings on “Bitter Woman,” lyrics that also appear on Circles’ opening song, “Leaving.” “I’ve been a good wife or haven’t I?”

Johnson says the songs he started writing around this time draw on his experience growing up surrounded by Christianity’s notions of right and wrong.

“Growing up in the South, religion is a big deal. The name [Colossal Gospel] comes from questioning that. I want to write my own gospel—the gospel to end all gospels,” he says.

The album cover of Circles is a black and white photograph depicting a river baptism from the 1800s.

“Most of those people have solemn looks on their faces and it’s really dark,” Johnson observes, dryly. “You’d think for something that’s supposed to represent being reborn there’d be more jubilation than that.”

So does Colossal Gospel’s gospel have more jubilation, I ask him?

He admits that some days he wakes up and is ready to seize the day while other days he isn’t.

“I’m the type of person who will sit and reflect. I’ll lay in the bed for an hour at a time just thinking about things.”

But Circles, as the title suggests, is also a realization that life moves in cycles.

“It’s about leaving, going out into the world and exploring. Questions everyone has—like what is our purpose here? In the end, it’s okay if you come back home. To me, it’s okay to have this safe haven place. To come back and feel at home.” 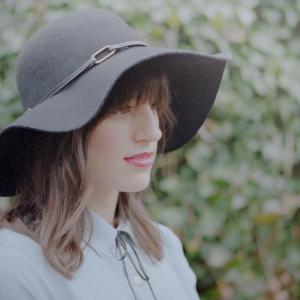 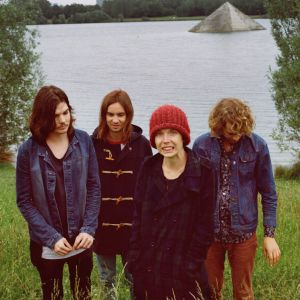