Connie Smith emerged from the country music scene with a breakthrough RCA single, “Once A Day,” in 1964. After climbing to the top of the charts with the track, co-penned by fellow Opry legend Bill Anderson, the West Virginia and Ohio-reared artist reigned supreme. Between 1966 and 1968 she landed five top 10 singles including “I’ll Come Runnin’ and “Burning a Hole in My Mind.” Her song “Cincinnati, Ohio,” resonated so profoundly that the city of Cincinnati declared an official “Connie Smith Day” in June of 1967.

After riding high on the music business wave, Smith—who says she “never anticipated any level of fame”—turned inward to focus on raising her five children. It wasn’t until the late 1990s that Smith returned to her artistry. In the studio, she fell in love with her producer, Marty Stuart, in the process of recording her self-titled 1998 album. The two married and went on to record another Stuart-produced album in 2011. Her latest, The Cry of the Heart—released August 20 via Fat Possum—marks Smith’s 54th studio album and her third with Stuart.

Smith’s new project comes after the Library of Congress announced that her song “Once a Day” was one of the 2020 selections for its National Recording Registry. Her new collection exhibits the familiar sounds and prolific storytelling Smith has purveyed over her spanning country music career.

“I’m a song lover, and the lyrics have to fit something I would sing, and the rest of my music,” Smith tells American Songwriter about her new collection. “But when you get all that, and the right musicians, it just turns out to be magic.”

This 11-track collection captures that described magic. During the eighth and final season of The Marty Stuart Show in 2014, Smith joined Stuart and his band the Fabulous Superlatives onstage for “A Million and One”—a 1966 hit for her fellow Grand Ole Opry member Billy Walker. This song is where The Cry of the Heart began.

“Marty’s got this uncanny sense of what’s ought to be, what’s going to be, and what should be,” says Smith. “And when he heard this one going down, he said, ‘No one make a mistake, this is it.” They recorded the song live on set, and when they concluded, Stuart grabbed the tape from the control room. The raw footage from that session made its way to the new collection, taking the proud place of track one.

Smith and Stuart contributed two original tracks written together as well, the soaring “Here Comes My Baby Back Again” and the weeper “Spare Me No Truth Tonight.” The two penned both tracks, each distinctive, on a bus ride back from “God knows where.” Smith laughs, as she recalls the process. “We worked awhile on ‘Here Comes My Baby’, longer than usual. Finally, I said, ‘We better finish this up before the driver kicks us off this bus.'”

She and Stuart spent time on YouTube, watching old and new talent alike, scanning for classics they feel deserve to be revisited. One night, they stumbled upon an old Wilburn Brothers episode featuring Jean Shepard promoting her new record at the time. One of the songs she performed was “Heart, We Did All That We Could.”  The classic country ballad personifies a broken heart through timeless lyricism. Smith recalls, “I thought, ‘Man, that’s beautiful.’ And Marty wanted me to record it. I hesitated because I thought, ‘I can’t do that song as good as Jean.'”

With a little encouragement from Stuart, she took on the classic track with her characteristic vocal elegance, expanding upon the enduring legacy of that defining era of country music. Smith, who admits her longstanding fear of “sounding like an idiot’ took her husband and studio partner’s advice, and took on the song with a personal touch.

“Mainly, it’s him learning to know me, and me learning to trust him and his opinion,” she explains of the Stuart-Smith dynamic. “So when he says, ‘Yeah, you can sing it,’ I know I at least should give it a shot.”

After decades of impact, Smith’s undeniable imprint is on brazen display within her new album. Her biggest challenge on this project, she feels, was getting her voice back up to speed. But what Smith considers rusty, resounds in classic character throughout the recordings. For her, The Cry of the Heart was something she felt compelled to create for proceeding generations. In a similar vein to the stylistic approach that put her name in lights, Smith’s new project conjures up nostalgia for a critical moment in music history.

“I feel like my calling is to continue to put forth the same kind of traditional music that we did in the ‘60s because I thought it was right then,” says Smith. “As far as my voice is my heart, it hasn’t wavered from the ’60s. I love that music. And it’s heart music. I want people to always remember that there was that era of music and not get lost in new music, which has its rightful place today.”

Smith notes that she and Stuart intend to honor their dear, late friend, Merle Haggard with the new project. Listen to The Cry of the Heart, here. 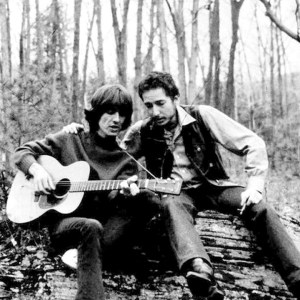 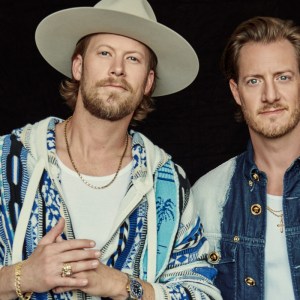