Search
Cart 0
Menu
CSN with Stills in the middle. 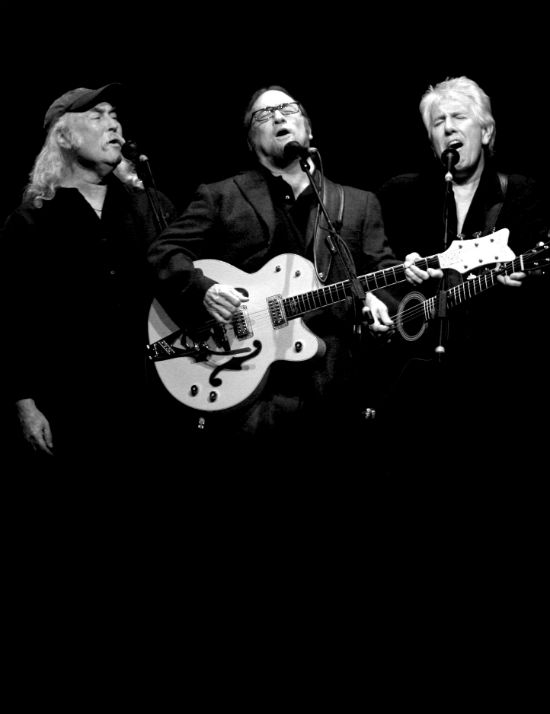 “I was always drawn to Crosby’s songs,” says Field Report’s Chris Porterfeld. “They were oblique and mysterious and drug addled and bizarre and exotic.”

Part of CSN’s rocky mystique is due in part to the rather public antics of Crosby – including a year-long stint at a Texas jail and a liver transplant paid for by Phil Collins. And even before coming together with Nash and Stills, he was thrown out of his first group, The Byrds, due to internal friction and not-so-internal political comments made on stage at the Monterey Pop Festival. But now, even on Election Day, a day that should get this diehard, outspoken liberal riled up, he’s pretty damn serene, laughing warmly and asking me to text him some band names I’ve mentioned
(Bon Iver and Titus Andronicus). And he’s grateful.

“This has been one of our best years, I couldn’t be happier about it,” he says. “Normally a band doesn’t have a long lifetime, and we’ve had an exceptionally long one. We were expecting that to fade out but this year it’s taken about a ten percent upswing. Every place we play, big places, Red Rocks – we sold it out, every last seat. That’s really encouraging.”

Part of this upswing may be due in part to the fact that there probably hasn’t been a time in recent memory when Crosby, Stills & Nash has been quite so prominently influential in popular music. For a long time, in youth culture, CSN never really seemed to make its way into the legendary-band lexicon the way The Beatles, the Rolling Stones, Led Zeppelin or Pink Floyd has. Though now, harmonies and folk-driven “Americana” music is seeing a new light, thanks to bands like Mumford & Sons, the Avett Brothers, Fleet Foxes and Dawes. CSN is getting its due.

“There are some good bands that have given us credit for inspiring them,” says Crosby. “Fleet Foxes, Mumfords. A number of people are putting out pretty good music. Whether that was inherent in them anyway or we had something to do with it, you have to judge for yourself.”

“I went to see Fleet Foxes, and they can sing,” he adds. “There are at least four guys in that band that can sing harmonies, and you can’t get me to say that often. I am pretty critical, particularly in that area. I just think they haven’t fully matured as writers. They will have better material if they can hang together and not let their egos get in the way.”

Taylor Goldsmith of Dawes puts it like this: “for me, the only other records that achieved that Beatles quality of making you feel like the record and the songs existed since the beginning of time and that they were exactly as they were supposed to be are Déjà Vu and the first CSN record. To be able to achieve a timelessness on that level and yet represent a time and a place in music is every artist’s dream, I think.”

Nash is more likely to point to modern artists like Jonathan Wilson, while Stills favors Ray LaMontagne and Brandi Carlisle, though he likes the fact that Mumford uses “quieter drums.” He even makes a solid defense of Taylor Swift. “How many times do people want to make fun of Taylor Swift for writing a song about getting dumped,” Stills says. “I’m sorry, that’s what you do as a songwriter. I don’t find that offensive at all. You’re putting your heart out, and that’s great.”

“She does look a lot like Joni,” he adds.

The real problem, Stills notes, is the way current artists seem to only be allowed to exist within one genre. “Everything is placed into a little cubby hole. Our records were always a mix-up of several different styles,” he says. Even now, the wide variety of influences that flow throughout the band – jazz, salsa, blues, rock, folk – are widely apparent on stage and in song, though somehow they all meld together anchored by those harmonies. And sure, they aren’t as exact as they once were. But they’re still beautiful. Crosby describes singing harmonies as “being able to fly formation. Two pilots, flying together, who can fly in really tight formation because you know where the other guy’s wingtip is.”

So will Crosby, Stills and Nash make new music? It seems like the answer is yes.

Though the Rick Rubin covers project fell through (“he was a vibe-killer,” says Crosby), they like the idea of recording an album of songs they wish they’d written, like The Who’s “Behind Blue Eyes.” “Stephen has to go for knee surgery, but sometime early next year we want to go back into the studio and continue working on it,” Nash says. They all agree that original material as CSN is not out of the question, either, and neither is more touring. “If you asked me three years ago I might have said no. If you ask me now, I think we’re going to run it until the wheels come off,” Crosby says.

“Most guys my age are just trying to pull the handle again and see if the same numbers come up in a row,” he adds, “or they have pretty much given up and go and play their hits and then go get drunk. I don’t want that. I’m not going to stop growing until they put me in the grave.”

Back in Nashville, it’s nearing show time. Someone ducks into the greenroom to pass Nash a setlist, which he glances at quickly and signs off on. The show is electric, boosted by an excellent backing band (including Crosby’s son on keys, James Raymond), and includes long, trippy, expertly-slayed jams on songs like “Wooden Ships” and the entire sold-out venue singing along to “Teach Your Children.” They’re three different people, standing on different colored oriental rugs, one for each. But that doesn’t mean they don’t cross over, standing together, face-to-face and neck to neck. At the end, they gather close as Stills rips those first iconic chords of “Suite: Judy Blue Eyes,” Nash and Crosby standing together, Nash snapping his fingers. When Stills sings “are you still listening,” the audience erupts in cheers. They are. We are.

“Look,” Nash had told me before he headed to Stills’s dressing room to warm up around an acoustic guitar. “We took a lot of drugs, we have huge egos, and we all know what’s right for us. It’s been a delicate dance to weave through all this madness. But the truth is, here we are at the Ryman. If all three of us were to drop dead and there was an epitaph on a three-way tomb, I think it should read: ‘at least we tried.’ Cause that’s all we’re doing.” 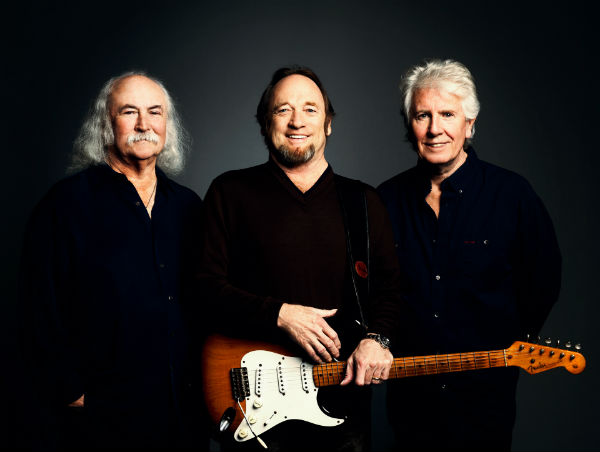 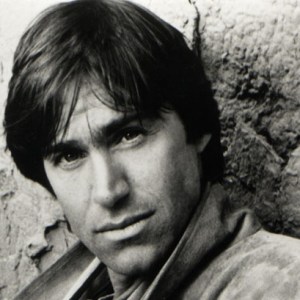 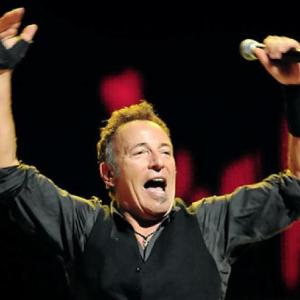