“I like making people feel less alone in what they’re experiencing—music has always done that for me,” Jasmin Bade tells American Songwriter. “Like when you hear a song and feel like the writer was somehow in your head, specifically, when they penned the lyrics.”

That opportunity for connection and mutual understanding is part of what inspired Bade to start writing songs in the first place. Relocating from her hometown, Melbourne, Australia, to Nashville straight out of college, she’s devoted herself to the timeless art of musical storytelling. Collaborating with co-writers like Spencer Jordan (Maroon Five) and producers like Steven Martinez (Pentatonix, Lionel Richie), she’s honed in on a fresh and uber-relatable country sound.

On August 27, she unveiled her latest single: “X’s and Y’s,” written with Emily Kroll and Jessi Pugh and produced by Martinez. With a fun, bubbly vibe and lyrics that are almost Shane McAnally-esque in their simultaneous cleverness and depth of meaning, the song is a true testament to Bade’s relatability.

“I would come out of these relationships, and so would my friends, and we would look back a while later and think, ‘Why did I even date this guy in the first place?’” she says, explaining the meaning behind the song. “I think everyone has an ex or someone in their life that, in hindsight, seems like a huge mistake. There are so many sad songs about being single, when in reality, more and more people are choosing to stay single for longer and longer every year. So, I wrote ‘X’s and Y’s’ because we’ve all been through it, and now all there’s left to do is laugh about it.”

With the ingenious hook “I don’t call them ‘exes,’ I call them ‘whys,’” the song is a cathartic and uplifting release. To that end, Bade hopes her confessionalism can be a source of inspiration.

“‘Honest,’” she said. “That’s how I would describe my music. I’m not holding anything back. I sing the things I might be too afraid to say, and I find a melody that fits the emotion behind that.”

Jasmin Bade’s new single “X’s and Y’s” is out now—watch the lyric video below: 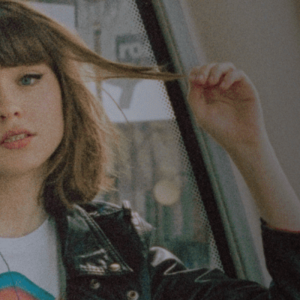