Often times a concept album in the country music world involves a traveling troubadour against a quintessential Western backdrop. The key players include good guys, bad guys, and inner demons. By the end, the troubled subject reaches some existential understanding that changes the course of their journey.

Jason Boland’s forthcoming LP, The Light Saw Me starts out on the right track: a cowboy living in Texas in the late 1890s, traversing the untamed terrain of the Wild West. Yet, the Shooter Jennings produced project takes an unanticipated turn when the subject’s first encounter with antagonists turns out to be an alien abduction. When he escapes extraterrestrial captivity, he returns to his earthly bearings to find himself 100 years in the future.

Released October 6, the title track and accompanying video chronicle the Quixote-esque epic of a 19th-century soul navigating the turn of a new millennium. With no concept of the century lost in time travel, the subject is on a desperate search for his wife who has since passed.

With 10 albums under his belt, and a fanatic cult following, Boland and his band, The Stragglers, exhibit poise and confidence in their boundless, imagined soundscape.

“The Light Saw Me” introduces the celestial side of an artist deeply rooted in Red Dirt country. The soundscape captures the space between the ’90s neo-traditional tones and the twilight zone. Repurposing instrumentation, Boland and Jennings wield the pedal steel to evoke a psych-rock sound. The fiddle — another genre staple — is employed here to create an eerie sense between intention screeches. As the title track, the song sets the tone for an album that employs sci-fi symbolism to captivate an audience. Once they are listening, Boland is able to share the real story between fictional lines of love and loss on our shared journey to derive meaning from our earth-dwelling years.

Though eclectic, Boland hopes the concept speaks to those who feel alone. He says, “Many suffer silently with the terrifying nature of it all while believing themselves to be the only ones forgotten.”

Pre-save The Light Saw Me — due December 3 via Thirty Tigers, and check out American Songwriter’s Q+A with Jason Boland below.

American Songwriter: Where did the idea for this song come from?

Jason Boland: When the idea for the concept album was hatched, I remembered a riff that fit the feel I wanted for that part of the story. With the instrumental melody and the main theme of a transformative light, it settled in as the title track.

AS: What is the meaning behind the song?

JB: Many times our pivotal moments in life seem to happen out of nowhere, and not according to plans.

AS: What stands out most to you about this song?

AS: What’s the best or worst advice you ever received about songwriting?

JB: Worst: “You should do more stuff like…”  – Lots of people 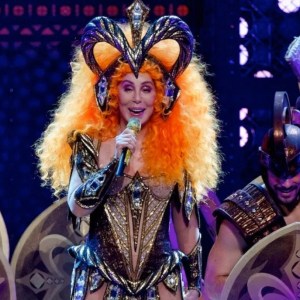