When you’ve been an international superstar for nearly six decades, it’s probably no surprise that your name undoubtedly ends up in headlines periodically as you go about your normal tasks and duties as a cultural juggernaut—but for Cher, it’s not an uncommon occurrence to end up on countless social media feeds for almost no reason at all. Sometimes—like on the morning of Monday (Nov. 15)—the now-75-year-old singer and actress finds herself trending on Twitter effortlessly.

Still, occurrences like that are happening a little more often for Cher this year compared to previous ones—between livestreaming events, political Twitter threads, high-profile lawsuits, and more, what Cher’s doing now typically tends to be a pretty hot topic.

It seems like Cher’s spike in Twitter mentions came as a result of her vocal support for the ending of Britney Spears’ infamous conservatorship. Writing on Twitter, she said… well, actually, it’ll work better if you just read the Tweet itself.

Obviously excited, this celebration came after a judge finally terminated Spears’ 13-year-long legal arrangement that was under scrutiny for nearly as long as it was in place.

Then, on Friday (Nov. 13), Cher returned to Twitter with some political thoughts—a recent trend of hers—this time targeting the colonial history and governance of Africa. “Africa’s not a poor country [sic], whites have stolen and continue to steal its wealth,” she wrote, in her signature all-caps style. “Why have so many white people/governments throughout history used brute force and [the] military to hurt and kill people of color? Why [is] BLM still fighting for [the] right to vote? Will [the] United States be ‘White is right’ forever? Will it be 1963 in America forever?”

Offering some bold critique of the international power structure that allows such corruption to take place, many were quick to point out that Cher had written “country” in lieu of “continent,” and Africa is certainly the latter. She corrected herself in a reply nearly 10 minutes after the initial tweet but hit Twitter again Monday morning (perhaps another source of her trending status) to clarify her statement.

“FK [sic] this,” she wrote. “I started out to bring a truth and some humanity, and [I] get hammered by a mistake. I know Africa is a continent—I’ve been there, I built a respected school and [fed] poor children… what have those, who ‘only’ know it’s a continent, done?” Continuing, she added: “People have no clue what it is to be dyslexic and tweet. I’m fed up today.”

But Twitter drama aside, Cher’s recently been fed up with another situation too: in October, she sued the widow of her former partner, Sonny Bono, claiming that there’s been a breach of contract and she is owed royalties that never got paid out. Cher was married to Bono from 1969 to 1975—after their divorce, Bono (11 years Cher’s senior) got into politics and ended up getting elected as a senator, eventually dying in a ski accident eerily similar to that of Michael Kennedy, who died a week before Bono. Read more about the ongoing royalty lawsuit HERE.

And, in other news, Cher has also been busy with her musical endeavors as well—on November 8, she partook in the global livestream event WisdomSound alongside Jon Batiste, Norah Jones, Steve Miller Band, Maggie Rogers, and more. Performing her cover of Miley Cyrus’ “I Hope You Find It” (which has been in Cher’s arsenal since 2013), the proceeds from the event benefited the Ka-Nying Shedrub Ling Monastery and Nagi Nunnery in Nepal.

Beyond all of that, Cher is involved in all sorts of ventures—and frequently Tweets her thoughts these days—so she’s sure to keep popping up in the “trending” section again and again. For now, stay up to date with Cher by following our coverage of her HERE and watch the music video for “I Hope You Find It” below: 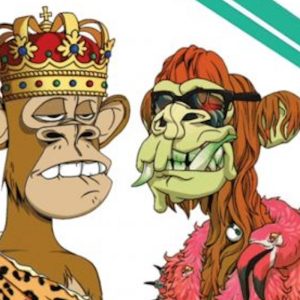