In the midst of the lockdown, the longing to return to a semblance of normal overwhelmed us all. If only we could just get lost in a good beat, surrounded by friends with sweaty faces and silly grins. UK-based artist S-X strives to imitate that feeling with his new single “All Night Long” featuring Trippie Redd.

Originally written in Miami with Rico Love in 2019, S-X always knew that this song was special. In conversation with American Songwriter, the Grammy-nominated artist simply stated that he’s glad the song is finally out after three years of waiting.

“All Night Long” was officially released on January 14, and it begins with a spacey ’80s inspired synth, progressing immediately into the melodic and ambient chorus.

In the echo of the harmonies, S-X creates the space to get lost in the beat. It’s a soundscape designed for a long night drive, which is how S-X typically lays the basis for creating his songs.

“Most of my ideas come when I listen to my beats in the car, then I’ll take it to the studio,” S-X tells American Songwriter. “I usually start a beat with chords first, and before it’s even got drums added I usually have a chorus or verse melody going. That’s how I know it’s going to turn into a song to be honest, when the melodies come.”

S-X explains that while he often writes about heartbreak and bad relationships, he has since progressed into a clearer headspace. He’s now embracing the curiosity and fun of experimentation. And because he opened up into this experimentation, S-X says that this song is intended for listeners to have a good time, to let their guard down, and spend quality time with their loved ones—whoever it may be that you hold close.

“For me, it’s about the desire to be with your special person, that safe place. All night long,” S-X adds “We all go through ups and downs in relationships but you know that whatever happens. You’ve got them. This is the song for that.”

S-X is set to release his currently untitled debut album later this year.

S-X’s new single “All Night Long” is out now—watch its music video below. 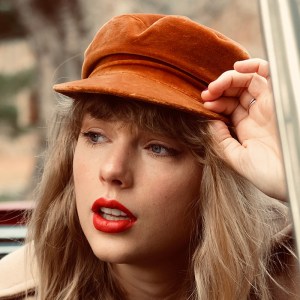