Set to record in Los Angeles at Foo Fighters’ Studio 606 in 2020, all plans were derailed for the Australian duo Wanderers once the pandemic hit. Setting up their recording bases at three Adelaide studios—The Orchard, Wildflower, and Wundenbergs—Dusty Lee Stephensen and Matt Birkin began pulling together the five songs of their self-titled EP.

“Deciding to finish the record here was a bitter pill to swallow at the time,” admits Stephenson. “I actually couldn’t even listen to the songs for a little while and had to give my mind a break from it for a couple of months. Eventually, I decided we needed to breathe new life into these songs, because I was finding it hard to be motivated to dust them off and keep going, they almost felt cursed by this point.”

Though a more disjointed set of songs, musically and lyrically Wanderers is a cohesive snapshot of a splintered few years for the pair, who first formed during a jam night at the Grace Emily Hotel in Adelaide in early 2014. “I recognize it in a way that makes it a perfect sound-track for the polarizing couple of years we’ve lived through while making the record,” says Stephenson. “They were all written and recorded at different times, in different locations, with different intentions.”

Meandering through a space of time, Wanderers is solid gold sentimental soul and disco-funk, from the opening “Molly,” an older track written while Stephenson was trying to keep his sanity during a music festival in Victoria. “I turned the idea of losing control into a bit of a failed love story,” adds Stephenson with the “Molly” refrain of your time is running out.

“It comes out strong, straight into a riff that would probably sit comfortably somewhere on a Queen record,” Stephenson says, “then settles into a Bill Withers-inspired verse groove that eases us into the rest of the record.”

More “superstitious” vibes hit “Make it On My Own,” and the more pop “Nothing in This World” started as a joke while experimenting with re-harmonizing Rex Orange County’s “Loving is Easy” in 2019. They had played around with different chords which morphed the chorus into Nothing In this World seems to get my high no more.

“Although it’s very upbeat and poppy, there’s an underlying darkness to the lyrics that is representative of a time where I felt a little lost,” shares Stephenson. “My usual vices of distraction also didn’t seem to be working anymore, and I guess I was looking to break the loop. I’m gonna shake it up because I’ve lived this night before.”

The oldest track on Wanderers, “Make it on My Own” was written and recorded in Melbourne in 2018 and explores the more uncomfortable moments of change and Stephenson’s mantra chorus of I can make it on my own as a mantra, while “Malibu” keeps the momentum, leaving a sunnier disposition framed around pulses of sax and the idea that anything is possible.

“I think of Malibu in this song more as a state of mind rather than a geographical location,” says Stephenson, who wrote the song during a “surreal” visit to Malibu. “[It’s] the mindset where you feel like you can achieve whatever the hell you want and you’ll float your way through to everything you ever wanted.”

Bookended between “Molly,” and “Penny,” an ode to Kate Hudson’s Almost Famous character, Wanderers waves around the good times and bad, and unknown. “I like the idea of an album just fading into the distance, as this outro does,” says Stephenson. “It also never resolves, ending on a chord that creates a little bit of tension and leaves more of an ellipsis or a question mark rather than a full stop, making way for… we’ll have to wait and see.”

In retrospect, Wanderers reflects a mismatched journey in five songs, Stephenson says. It starts with the chaos of “Molly,” a need for change on “Nothing in This World,” executing that change with “Make it On My Own,” finding a more positive space in “Malibu,” and the girl of your dreams: “Penny.”

Wanderers also marks a transition for the band. Releasing Goddamn Anything in 2016, a collection of more southern-soul songs, inspired after devouring hours of Crosby, Stills & Nash, Little Feat and Tedeschi Trucks Band, through a more settled sound of second EP Something For a Distraction a year later, Wanderers have used this time to move somewhere new.

“Lyrics always seem difficult for me at the time, but scare me how relevant they are when I look back on them, always much more reflective of where I was at than I realized at the time,” shares Stephenson. He had fleshed out the tracks on piano instead of guitar for Wanderers, and is now more comfortable with letting songs flesh out over time—sometimes years—before coloring them in more with the band.

“This is usually when the bridge sections are written and the arrangements are refined,” he says. “It also helps me complete lyrics this way, sometimes improvising them over the top of the band as we refine the songs. I’ll listen back through the voice memos and try to decipher the lyrics, usually resulting in some key lines that really kicks off the rest of the narrative.”

At the onset of Wanderers, nothing came easy, but Stephenson is proud of their end result.

“I’m actually quite glad this record has worked out the way it has, however difficult the process was,” says Stephenson. “We made it through a weird couple of years and we have a new record to prove it.” 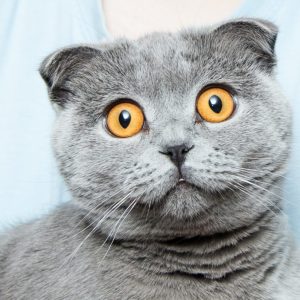