Fans of The Beatles can celebrate again.

News has come out that the audio from The Mop Tops’ famous 1969 rooftop concert atop the Apple Corps building in London is set to drop on streaming services for the first time.

The music will be newly mixed in stereo and Dolby Atmos by Giles Martin and Sam Okell and it will be available on Spotify, Apple Music and other services beginning today (January 28), which is also two days before the 40-minute concert hits IMAX screens on January 30.

Martin said he and the team wanted the music to be part of the prior release, Let It Be: Special Edition boxset, but the 40-minute concert “just took up too much real estate,” he said to Rolling Stone. “It’s 40 minutes, so it didn’t make any sense. But the response to Get Back has been so extraordinary.”

Said the Oscar-winning Get Back director, Peter Jackson, earlier this year, “I’m thrilled that the rooftop concert from The Beatles: Get Back is going to be experienced in IMAX, on that huge screen. It’s the Beatles’ last concert, and it’s the absolute perfect way to see and hear it.”

Last year, The Beatles: Get Back hit the streaming service Disney+ on the Thanksgiving holiday weekend. It was viewed millions of times by fans and is still a major talking point today.

After rave reviews, the series has helped the Beatles get back into the Top 40 this week. The album that the series centers on, Let It Be, has moved up from its previous spot at No. 62 to No. 22.

In addition, the band’s greatest hits album went up from No. 57 to No. 37 due to the docu-series, which showcases the Beatles’ core four—Paul McCartney, John Lennon, George Harrison, and Ringo Starr—writing and finishing the songs that would become Let It Be. The series also shows the band playing the songs atop the rooftop of their Apple Studios in London (while many on the streets hilariously complained).

Check out a trailer for the docu-series here below. 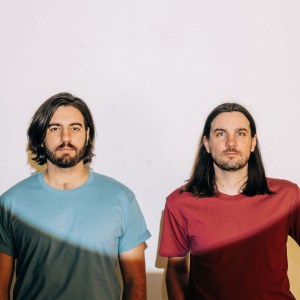