Sparked by touring and a new relationship, and trying to make those two worlds co-exist, over the span of three years, Yotam Ben Horin began assembling the songs around his upcoming album Young Forever (Double Helix Records), out May 20. “I found myself trying to make both worlds exist together,” says Ben Horin, “and watching each one slowly fall apart on its own.”

Trying to tour year-round and working nonstop on music production, while in a relationship, everything came to a head in 2019 when Ben Horin was living in Los Angeles. “Then, one night, my wife (who was my girlfriend then) and I took a night off to ride a Ferris Wheel,” shares Ben Horin. “The Ferris Wheel came to a stop when we were right at the top, and I had this sort of awakening. I was looking at the beautiful person sitting beside me, down at the waves, and at the sunset, and I realized that this is what matters most at the end of the day.”

Following the title track, which Ben Horin calls an open letter to his younger self, and reflections of past inspirations drawn out from now-digitized old VHS tapes—and featuring a guitar solo from Jimmy Eat World frontman Jim Adkins—“In Between the Highs and Lows” jangles around the shakiness of a long-distance love in I can’t say it in your language / I don’t want to let you go / We’ve been through the fears and anguish / in between the highs and lows / I’m always there for you/ When you no longer care / Baby we’ll see this through.

“This song is a little leap from everything I’ve done musically up until now,” says Ben Horin. “For starters, I have never had horns on any of my songs, nor have I ever sung a chorus in Galician. I think it’s a bit out of the box musically, and that’s what makes it more exciting to release as a single.”

He adds, “So that pivotal moment pretty much triggered the concept of the album and its artwork, which, other than the front cover, is photographs taken from that day.”

Young Forever marks a closer revelation of Ben Horin’s evolving solo material since its 2012 debut Distant Lover and a retreat from fronting Israeli punk band Useless ID. “I try to take my solo material as far away from punk as I can, so I don’t just sound like a punk singer playing chords on an acoustic guitar,” he says. “I leave room for any influence that may enter and just let it happen.”

Ben Horin adds, “My solo albums kind of write themselves. That’s what I like about them. I’ve learned to not only listen with my ears but with my gut as well. If something feels off, I’ll address it right until we print the record.”

In a follow-up to the 2019 release One Week Round, Ben Horin is revealing and reveling in life throughout Young Forever.

“Through these songs,” he says, “my fans will find that, even in hard life situations, there’s always something positive to take from it.” 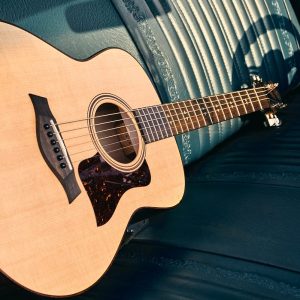 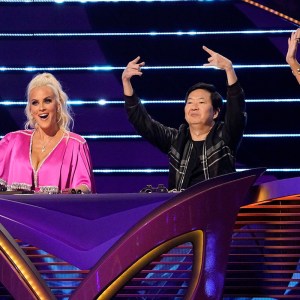