Don’t call Dale Watson country. Although his sound and his roots are grounded in old school classic country, he feels that the genre has been so distorted that he no longer wants to be a part of it. So he’s coined his own phrase, Ameripolitan, for the roots music he and certain select peers play to pay homage to that sound and style. But Watson has expanded the boundaries a bit to include virtually every flavor of country: honky-tonk, hillbilly, western swing, and rockabilly, which he feels is the most neglected part of country roots. “They think its more roots for rock and roll,” he says of the Nashville mentality he’s been at odds with for years, “which might be true, but all these guys were country guys out there doing what they called back then hillbilly music. Johnny Cash, Jerry Lee, Elvis and Charlie Rich. Carl Perkins is the king of Ameripolitan rockabilly- “Blue Suede Shoes,” and “Honey Don’t,” and all that. It’s just as country to me as Hank Williams’ stuff.”

Watson has been the Antichrist of Country for over two decades, taking on Nashville’s pop-infused all hat and no cattle notion of what they claim that genre to be. He chastised county radio in “A Real Country Song” from 96’s Blessed or Dammed:“Hey Mr. DJ, won’t you play/a real country song/where’s your conscience/what’s your problem/speak up and say what’s wrong/ Play Loretta or Conway/ some Haggard or George Jones.”

“They’ve took the soul out of what means a whole lot to me,” Watson proclaimed on “Country My Ass,” featured on ’02’s Live In London, England: “Cause I can see Hank and Lefty/They’re spinning around in their graves/And if they were here now/ I think y’all know what they’d say/ Tell ’em stick it up high/Where the sun don’t shine/We’re pissed, we’re mad/ ’cause that’s country, my ass.”

He’s still at it, taking on CMA Entertainer of the Year Blake Shelton, who said recently on country music’s media hub GAC (Great American Country) that “nobody wants to listen to their grandpa’s music.” That comment alone would be enough to send any God fearin’, George Jones and Merle Haggard-worshiping cowboy running for the gun rack in his pickup, but Shelton kept piling it on. “And I don’t care how many of these old farts around Nashville going, ‘My God, that ain’t country!’ Well that’s because you don’t buy records anymore, jackass. The kids do, and they don’t want to buy the music you were buying.”

Watson was in the middle of a European tour when he heard about it. “We landed in Holland and it had been stewing with me for about 18 hours when I heard about it so we just happened to be in the right place at the right time to record it,” Watson said recently by phone from the road. “We just did a little video — the venue was perfect because it had the picture of Johnny Cash in the background flipping the finger, so it was perfect for the song, ‘I’d Rather Be An Old Fart Than A New Country Turd.’”

Watson says that Shelton, who has been “coaching” new country artists on the TV show The Voice for a couple of seasons, actually did him a favor with his proclamation. “He exposed the emperor doesn’t have any clothes, that Nashville really does feel this way about this type of music,” Watson says. “It’s like the red headed stepchild or somebody they keep in a basement. So he let everybody know exactly how Nashville feels. He does speak for them and that is the way they feel. So it’s been a great ride for this new genre we’re trying to kick off. We said, ‘Hey, if you don’t want this stuff, if you’re gonna throw it away, we’ll gladly take it. We’ll take the roots.’ And that’s all we did. Ameripoliton is the roots of what was country music,’cause now, their roots are midair.”

Watson’s roots are in Alabama and Texas, bouncing from his birthplace in Birmingham to teen years in Houston to L.A. to Nashville before settling in Austin. His sound is smooth honky-tonk, the twang of Buck Owens’ Bakersfield overlaid with Merle Haggard’s velvety delivery and Elvis’ range and power.

He has “twenty something” albums out by his calculations, his latest, El Rancho Azul on Red House Records debuting on Billboard’s Current Country Albums Chart, a career first. Watson didn’t do anything different on this outing, but the mix of drinkin’ songs (“Drink, Drink, Drink,” “I Drink to Remember,” Thanks to Tequila,” and “I Lie When I Drink,” performed June 25 on the David Letterman Show, another first (http://www.youtube.com/watch?v=BHcRTTy0Epg) sweetness (“Daughter’s Wedding Song”) and barroom romance (“Quick, Quick Slow,Slow,” and “Slow Quick Quick”) deliver a spread of Ameripolitan fit for old farts and new ones who still appreciate the classic roots country sound.

As has been common practice for country stars for decades, Watson has a close interactive relationship with fans. But he takes it a step farther than most, encouraging fans to call out ideas for songs he makes up on the spot in his shows. “I used to do a three hour happy hour show every week at the Continental Club in Austin, Texas, and I had the audience throw up an idea for a song, a title, give me a key, and what type of song to make it,” Watson says.“Tequila and Teardrops” was written that way(“give it a Mexican feel, a Latin feel in the key of G”), as was “I Lie When I Drink.” Watson admits it’s difficult, and says he sometimes has to grab his phone in the middle of a show and record it to remember what he did and be able to touch it up later and make a proper song out of it. He also gives credit to his band. “You gotta have great players. I got a really great band and they’re able to follow me like they know where I’m going even before I do.” 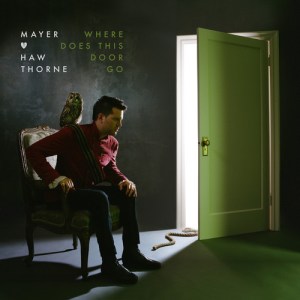 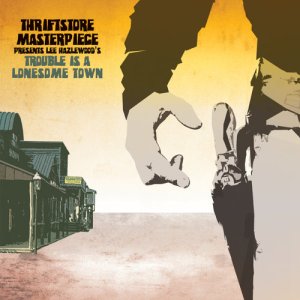