When Hinder drummer Cody Hanson and singer Marshal Dutton worked on a song for a commercial back 2011 they had somewhat of an epiphany. Working on this particular track, which they say sounded more like The Black Keys, was a complete departure from their harder rock roots. The duo soon discovered they had some kind of new sound developing between the two of them, and years of songwriting later, they’ve stepped out of the rock “box” a bit fusing more pop, folk, hip-hip and other genres into their new project Dangerous Hippies.

More anthemic and layered with dance-y beats, new single “Like a Ghost” feeds off the notion of someone, friend or lover, being a true light of inspiration. “Some people shine so bright that it’s impossible to not admire them,” says Marshal Dutton tells American Songwriter. ”That’s what ‘Like a Ghost’ is about. [It’s] a story about being out-shined and loving it.”

Dutton and Hanson want to be clear that this project is not a replacement to Hinder, which will continue to tour and make music as a unit. Side projects are not a new phenomenon around Hinder, either. Previoulsy, Dutton worked with country band Drankmore—Hanson also provided drums—and rock band Faktion. Hanson and Dutton—who also holds a degree in engineering—also formed their own label, Back-Lounge Productions, which kicked off production with Hinder’s fourth studio album, 2012’s Welcome To The Freakshow.

For the duo, working and writing together for more than a decade is organic. Dangerous Hippies is their opportunity to explore their growth as songwriters and producers, but this isn’t just another side project that will release one album then disappear. Years of songwriting have been dedicated to Dangerous Hippies, and they want to take their time to build it the right way and tap into the fan base that will appreciate the music.

More singles releases will continue to trickle out, and Dutton and Hanson will have a full length album, and tour, around Dangerous Hippies later this year.

“It’s been an absolute blast to not be bound by any rules and to be able to create a totally different vibe from song to song,” says Hanson. “We’re just getting started and we can’t wait to share more music.” 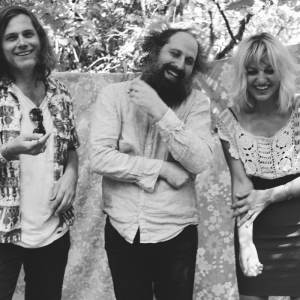 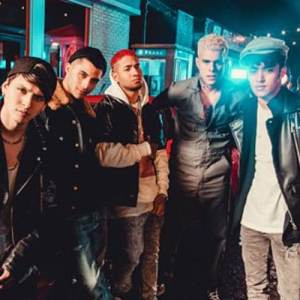