Danny Gokey, a three-time Grammy-award nominee and American Idol alum, has announced he will be dropping a new album on August 20, entitled Jesus People. The album touches on themes of love, gratitude and truth─ creating a vulnerable and inspirational compilation of songs.

To give fans a little taste of what is going to be on the new album, Gokey released a new single, “He Believes In You,” out now (July 2). He premiered the song alongside a music video which was filmed in the Dominican Republic at sites like the Félix Sánchez Olympic Stadium. In this powerful ballad, Gokey sends the meaningful message to his listeners that God is always there, and as you believe in him, he also believes in you.

Gokey commented on his upcoming album, saying, “I believe there is something musically and inspirationally for everyone on this album─ it’s full of hope and encouragement that I think we can all use right now. In the writing process and also in choosing the title, I was inspired by the life of Jesus and how His presence has been a staple throughout history. He was a figure that brought the broken, the hurting, and those that had lost their dreams together in a unifying way, and that’s something I inspire to do. Musically, I got to explore some new things and cross some genre borders. I’m excited for listeners to hear the collaborations with the special guests featured on the project, including Gospel, Latin, and even a little rap. It’s something I love doing and hope to do more of in the future.”

Gokey’s career began on American Idol when he placed in the top three of Season Eight. Since then, he’s released quite a few singles and albums, with hit singles “Hope In Front of Me,” “Tell Your Heart to Beat Again,” “Rise” and “Haven’t Seen It Yet” catching the attention of fans all over the globe and taking over the charts. This new album won’t be one to miss, as Gokey’s work is bound to proclaim inspirational messages of hope to his fans and listeners. 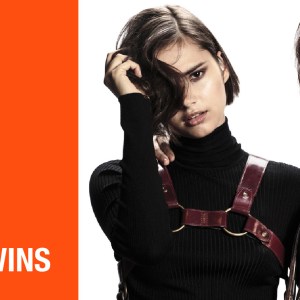