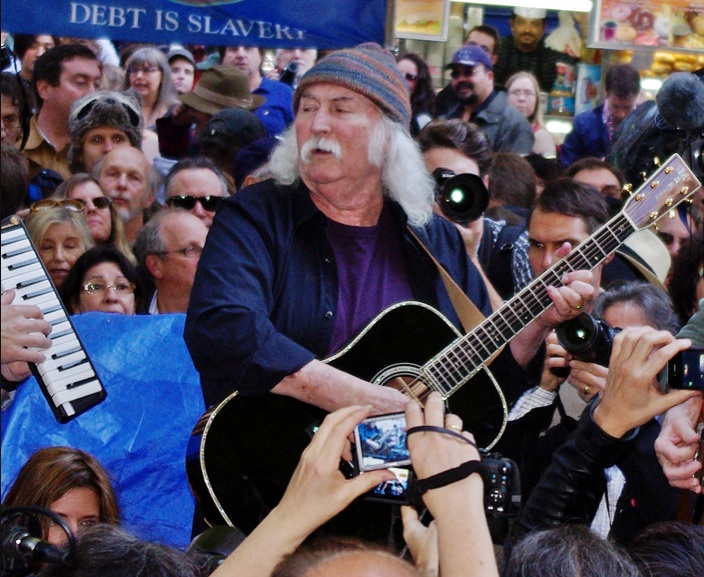 David Crosby and Graham Nash are no strangers to protesting. So it’s no surprise that the duo, which makes up two-thirds of Crosby, Stills, and Nash, took to the streets of New York City to support Occupy Wall Street last Tuesday.

“I don’t know anybody that is either liberal, conservative, or anywhere in the middle that feels that they have somebody representing them in our government,” Crosby tells American Songwriter. “Congress’s approval rating is 9%. You can’t get that low and not have some push back. Truthfully, what you are seeing with the demonstrations is just the very beginning.”

The duo performed classic CSN songs like “Teach Your Children”, “Long Time Gone”, and “Military Madness,” and the Crosby tune “What Are Their Names?” “We should have played ‘Chicago’,” Crosby notes, “but I think we just forgot it. It was a pretty exciting moment.”

The demonstrations have garnered the attention of artists from genres across the board; rapper Talib Kweli, Neutral Milk Hotel’s Jeff Magnum, Pete Seeger and Tom Morello have all performed for the Occupy movement in recent weeks.

While preparing for his Spring 2012 tour with Graham Nash, Crosby has been hard at work on new solo album with his son, James. “I think it is going to have some of the best work I’ve ever done on it,” he says. The album will feature brand new, original songs and will be out sometime in 2012. In addition to his own work, Crosby and Nash recently collaborated with John Mayer on a song for his upcoming record, and collaborated with Joe Walsh and Don Felder.

The status of Crosby, Stills and Nash’s proposed covers album with Rick Rubin, who is no longer attached to the project, is currently up in the air. “We still haven’t scrapped the idea of the covers record that CSN wanted to do,” says Crosby. “It didn’t work out with us and the producer that we were given, but we can’t waste the fact that we have several tunes already cut and a whole bunch learned. One of these days we will finish that too.”

When asked what he’s been listening to, Crosby sings the praises of Fleet Foxes — “They have very, very good singers in that band with interesting arrangements” — and Marcus Eaton – “he’s an amazing writer, singer, and guitar player.”

The DVD of Crosby and Nash’s most recent American tour, Crosby-Nash: In Concert, is available now. 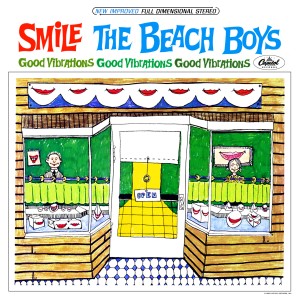 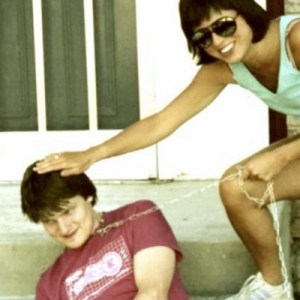