The peripatetic Dean Fields worked the music scenes in Miami, Boston and Nashville, before settling of late in his native Richmond. Last year Fields released his third album, Everything Just Happened the Way that it Happened, a collection of introspective songs that showcase his deft sense of songwriting and melody. Be sure to check out Field’s profile on American Songspace.

You’ve lived in several cities, but recently decided to return home to your native Richmond. How is the music scene doing in River City, and how would you compare it to other places you’ve lived.

Living mostly on the road for years gave me a real sense of longing for “home.” I was quite young at all of this, going from show to show, still figuring it all out. But, I never took the time really call anywhere “home.” I lived in Miami, Boston, spent some time in Nashville where my parents were living for a while. Miami and the folks I met down there gave me the courage to have a go at this music thing. I was going to grad school in a city so unlike where I had been before that writing became the escape I needed to make sense of myself and what I was doing.

I started playing shows at galleries, coffee shops, some places without a microphone, some places with people. I knew that I wasn’t able to really take a serious stab at touring living so geographically far away. I knew I wanted to do it on a bigger scale and Boston is where I went to make it happen. I had just recorded my album so that made getting gigs a lot easier. But I still played every open mic I could find and was busking some during the day. Boston helped me figure out how to be a performer; how to get the attention of folks who were literally passing you by. And I applied that to every show I played. I booked my first tour, starting working the college scene, and slowly got something happening.

Boston’s scene was very welcoming. I met and played with great songwriters. It was such a cool place to be a solo singer-songwriter because it was already an accepted genre that folks supported up there. Club Passim, a renowned listening room in Cambridge, has great music literally every night. You can go there without a clue who is playing and know that you’re going to have a good night listening to music. That is a heck of a goal for a club to achieve. And they earned it because the scene there fosters it as well. It was very empowering for me to play in front of folks who didn’t know who I was but were open to checking it out. The cold weather, alas, eventually sent me back down the coast.

Richmond…actually, Mechanicsville, just north of Richmond, is where I grew up and I always felt a pull to get back there. I was playing in town three to four times a year with fellas I had known since middle school: Curtis Fye, Daniel Clarke, and Jesse Harper. They were a big part of how I worked my way into the scene. I knew that I wanted to do more band shows and I wanted to be further south so I made the move. Since then I’ve added Trey Pollard, Wells Hanley, and Cameron Ralston to the band who are all active in the Richmond music scene. Just with the folks that play in my band Richmonders have enough great projects to keep you busy checking out inspiring, top quality music in Richmond: Modern Groove Syndicate, Illad, Ombak, Fight the Big Bull, No BS Brass. The scene is incestuous in a lot of great ways. So I’m stoked to be a fan of what they’re doing outside of my own music just as much as I love playing with them.

What inspired you to start writing songs?

“Operator” by Jim Croce. My all-time favorite song. The perfect blend of humor and hurt. It’s got an engaging story, melody, and a fingerstyle guitar for which I’ve always been a sucker.

Who are some of your songwriting heroes?

When I first interviewed you years ago, you were working as a substitute teacher. Any other odd jobs you’ve logged since then?

Now I teach guitar at a music school here in Richmond. I’ve done my share of odd jobs though: abuse counselor, server at Chilis, sex-ed teacher.

You recently opened for Rosanne Cash. What was that experience like?

She’s great. She and her husband/guitarist John Leventhal put on a fantastic show at the Birchmere. It was stripped down songs from her most recent album, The List, with lots of banter in between. I was just thrilled to have my name on the marquee with hers. And….she said I was a “great songwriter.” Which is a big compliment coming from her.

How has the response been to Everything Just Happened the Way that it Happened?

It’s been great. It took me a while to get a proper follow-up to Imitations. There was a list of reasons for that. But the folks and fans who have supported me over the years were patient about trusting me that I was going to put together an album I was proud of. The songs really needed to be a bigger sounding album. By that time the band had been performing most of the material for several months. So, the guys helped me flesh out the band versions of the songs I rerecorded from my solo acoustic album Songs on the Mend, and give life to the newer songs as well. It’s an album that has slowly gained steam and I’m thrilled to share with everyone.

You’ve been on the road now playing shows for about five years. What changes have you seen in the music field since you got started?

In 2001, just as I was getting started, the “Big 5” labels were collapsing on themselves. The indies were getting stronger. And I remember being at CMJ and everyone freaking out wondering what do we do next. Since then most indie folks decided to take risks and make a career out of all the opportunities that came their way: Sonicbids, CDBaby, MySpace, Facebook, Twitter, American Songspace, etc. Folks are not waiting around for gatekeepers to let them be recording, touring musicians. They’re taking control of their own careers and doing it all themselves. I think that’s been a great change. Flood the marketplace with music. Let the folks who hear the music decide what they like.

Do you have any advice for the kids out there who want to make music their career?

Write all the time. Perform all the time. Surround yourself with folks who care about you. Find a Panera. Don’t ever sleep on top of the hotel comforter. 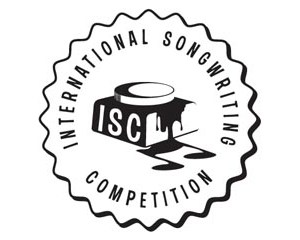