“For some crazy reason, I knew I was gonna be a songwriter,” Diane Warren tells American Songwriter. “And then I started working hard at it because a dream has nothing without the work behind it.”

Today, Warren is an established and decorated songwriter in the music industry. Yet, when you rewind to a teenage Warren living in California, we’ll find an aspiring lyricist who committed wholeheartedly to a career before she knew the depths to which it would carry her. Forget the international popstar daydream, Warren fundamentally desired to be a songwriter.

Dedicated to developing her craft at a young age, Warren absorbed every nugget of inspiration and technical skill she could find. “No one has to tell me not to give up,” Warren says about her work ethic. “It’s not in my genes or in my blood or in anything to ever give up when I believe in something.”

Backed by her forte for wordsmithing, Warren’s willpower propelled her to breakout success in 1985. The Warren-penned song, “Rhythm of the Night” performed by DeBarge, was the song that first pushed her into the big leagues. The song quickly became the R&B group’s biggest hit single, and Warren’s path to greatness had begun.

“Basically, I’ve always been a self-starter and a go-getter,” Warren continues to explain about her rise to the top. “I’ve never depended on anybody else, really, for my success.

Warren’s accomplishments quickly began to multiply; her diligence was paying off. The artist went on to write the iconic hits “If I Could Turn Back Time” (Cher, 1989), “Because You Loved Me” (Céline Dion, 1996), “How Do I Live” (LeAnn Rimes, 1997), and “I Don’t Want to Miss a Thing” (Aerosmith, 1998). Warren later wrote songs for Lady Gaga, Beyoncé, Justin Bieber, Whitney Houston, Enrique Iglesias, Aerosmith, Carrie Underwood, and numerous others. Her résumé of collaborators seems to say, “I’m here, and I know what I’m doing.”

Warren’s specific success as a songwriter is unique for a few reasons. First, for being as prolific as she is, and secondly, for her ability to dip her hand into all imaginable styles of music. Her chameleon-like ability to traverse between musical genres helps Warren churn out hits, and as she put it bluntly, it allows her to stay current. “It’s all about a great song still, no matter what, but you have to stay current,” Warren says. “I’ve always been a sponge—musically and lyrically, I’ve always listened to everything. I’m just always aware of what’s going on.”

Profoundly aware of the music industry and possessing an insatiable hunger for songwriting, Warren recently decided to venture into uncharted territory. For the first time in her career, which spans almost four decades, she has released an entire studio album under her name. It’s appropriately titled Diane Warren: The Cave Sessions, Vol. 1 after her personal writing room she affectionately calls “The Cave.”

Released on August 27, 2021, The Cave Sessions is more star-studded than a Met Gala red carpet event. Each of the 15 songs on the record was written by Warren, with legendary artists from all backgrounds performing her tracks. The list of featured artists is almost shocking with nearly every part of the music realm represented on Warren’s record. From powerhouse country songstresses to genre-bending rappers, The Cave Sessions is a lyrically ingenious trip to the stars.

“I’ve always worked in multiple genres of music where[as] most songwriters will work in one genre, whether it’s country or hip hop or rock or Latin music or dance or even classical crossovers. I’m in all these genres of music, and I always have been,” Warren says. “And I see the records that DJs make. I see what DJ Khaled makes. Or Mark Ronson, David Guetta, Kygo, Zedd, Calvin Harris—they’re basically DJ producers that curate records with various artists. There’s usually tons of different songwriters on all those songs.

“But yet with me, I could be just one writer on all those kinds of songs and get a really, totally crazy group of artists that don’t even fit on one album together. But they do [fit together] because I think that the quality of the songs ties them together. I mean, you don’t hear a lot of albums that have Céline Dion and Ty Dolla $ign and then another song with Santana and G-Eazy and another song with Jon Batiste and Pentatonix… So it’s all over the place,” she explains.

In the midst of piecing this project together, Warren dubbed herself “DJ Diane.” She brought in every sort of sound and mixed them until they meshed with every other type of sound. DJ Diane effectively created an inimitable collection of songs that, as she describes, represents a “microcosm” of her career. It could only be her experienced ear that brought Maren Morris, Jimmie Allen, Leona Lewis, Luis Fonsi, John Legend, Darius Rucker, LP, and others onto the same record.

“It’s casting, like casting a role [in a movie],” she explains. “And then sometimes you go against type—like Ty Dolla $ign would normally not do a song like ‘Drink You Away’ [the seventh track on The Cave Sessions]. So that was what made it interesting to me.” In fact, none of these songs seem traditional. The combinations of artists and sounds are wildly, and refreshingly new.

Right from the opening track, “She’s Fire,” DJ Diane proves that her strategy not only works but excels sonically. “Putting Carlos Santana and G-Eazy—who’s a rapper—on a song [‘She’s Fire’], on paper is kind of weird, but it was brilliant. G-Eazy doesn’t usually sing, but he was exactly what that song needed. And he sounds great.”

When Warren first sat down to write the pop/rock hit, “She’s Fire,” she remembered the colloquial saying “that’s fire” when referring to something exciting. “Someone’s always saying stuff like that. I thought it’d be cool to have ‘she’s fire,’” Warren says.

Another track on the album, “Sweet,” features the a capella group Pentatonix. Warren jovially explains that she connected with Pentatonix through her dentist (“of all people”) and has always wanted to work with the five-member group. Yet, DJ Diane didn’t stop there. She added another layer to the upbeat track by recruiting an established jazz/R&B artist to collaborate with Pentatonix.

“I’d just run into Jon Batiste at the Oscars this year. He was nominated for his first Oscar and he won. I was nominated for my 12th and lost for the 12th time, but I ran into Jon there and I go, ‘Oh, my God, I have a song you need to get on on my record,’” Warren says of the Batiste-Pentatonix collaboration. Batiste readily agreed, and another track was given its voice.

Warren also wrote a song for Céline Dion that pushed Dion out of her comfort zone. “I’ve worked a lot with Céline and I’ve done a lot of big hits for Céline, but I wanted to do something different,” Warren explains. “I didn’t want to give her the big power ballad. I mean, not [that] there’s anything wrong with them because I love those songs, but I wanted to do something different that was kind of unexpected.

“I wanted to bring out the soul singer in her,” Warren continues. “There’s a soul singer in Céline, so I sent her the song [and] she loved it.” The track that Warren ended up recruiting Dion for is the soaring, bluesy song titled “Superwoman.”

Overall, though, “[The Cave Sessions] sounds like a greatest hits album,” Warren shares. “I wanted everything on the record to sound like a hit, whatever genre it was in.”

And, if you were paying attention, Warren titled her debut studio album with the “Vol. 1” descriptor. “​​There’s definitely gonna be volume two,” Warren reassures. “I’m always writing and I kept changing it around… I might have taken something off that was really great. In fact, I know I did. And those will be on volume two. So yeah, there definitely will be a volume two and volume three and a volume four. Let’s keep it going.”

Ever-creating, Warren has also been writing for stars outside of The Cave Sessions. She recently wrote the song “Somehow You Do” for Reba McEntire to sing on the Four Good Days movie soundtrack. “Reba McEntire just puts all her lived-in experience into that song,” Warren says. “It’s basically a song about hope. When you think the mountains are too high and the oceans too wide and you’ll never get through—someway, somehow you do. Through any adversity, you can get through it. And I think it’s what some people want to hear right now. It’s a good message.”

Four Good Days premiered in April of 2021, and Warren’s cinematic soundtracking prowess continues to expand. Her songs have been featured in over 100 films thus far, and Warren hints at more to come. “I love writing songs for movies,” she says. “Whether it’s making you cry or making you happy or making you dance or making you nostalgic or whatever—you want to make someone feel something.

“Music is powerful. We all grew up with songs that were like the soundtracks of our lives, and those songs take us back to moments or they enhance moments. I want my songs to do that,” Warren concludes.

Diane Warren may be a songwriter to the stars, but she’s proven time and time again that her lyrics, her star power, will inspire generations. If you are left with any doubts, just walk by her star on the Hollywood Walk of Fame for a glimpse at the songwriter’s immense, and ongoing, effect on music. 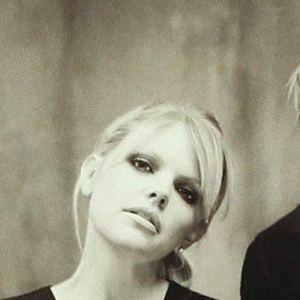 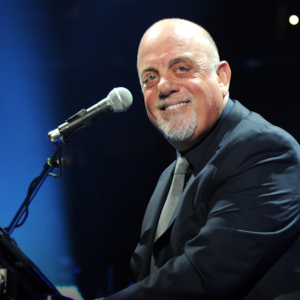