Dolly Parton is smiling. She’s sitting in her manager’s office, housed in a nondescript building just west of downtown Nashville, legs folded beneath her, hands clasped, displaying a near Zen-like confidence rivaled only by the preternatural warmth she exudes.

She’s a couple of hours into a long day of interviews promoting Pure & Simple, her 43rd studio album, which was released in August of this year. Just half an hour earlier, she wrapped up a series of on-camera interviews with some of country music’s brightest young female stars, including Kelsea Ballerini, Cam, RaeLynn and Lauren Alaina. Each artist joined Parton on a soundstage fitted with an impressively detailed replica of a Cracker Barrel Old Country Store, their conversations taking place on the faux storefront’s front porch. These conversations could easily have been torch-passings, a pillar of country’s old guard offering her blessings to the genre’s most promising young talents. Instead, they read as heart-to-hearts that just happened to be caught on camera, Parton as interested in RaeLynn’s stories of breaking into the business as the 22-year-old singer-songwriter is in awe of the legend seated next to her. For Parton, there is no more important conversation than the one she’s having right now. There is no more important person than the one seated next to her. There is no more important task than the one she’s currently completing.

And that’s saying a lot, as Parton has a résumé that would make even the most ambitious among us shudder. She’s one of the most decorated country singers in the history of the genre, earning 10 CMA Awards and 42 nominations; eight Grammy awards and 46 nominations; a 1984 star on the Hollywood Walk of Fame, and an induction, in 1999, into the Country Music Hall of Fame. She received the National Medal of Arts from President George W. Bush in 2005 and the Kennedy Center Honors the following year. She’s had 25 releases certified at least Gold, charted 26 number one country songs and sold more than 100 million albums worldwide. She’s an actress, an author, a humanitarian, a producer, a theme park mogul, and as astute a businesswoman as you’re ever going to find. She’s an icon, a living legend, American royalty.

What’s most striking about Parton, though, is also the subject of her latest album: her capacity for love. Of all her talents, she may be best at loving, whether the objects of her love are her fans, her family members, her friends, her peers, her business ventures, or, of course, her songs. Pure & Simple is all about love in its various incarnations, from that butterflies-in-your-stomach kind of love brought about by a new romance (“I’m Sixteen”) to, well, the cheatin’ kind (“Can’t Be That Wrong”). It’s one of her most personal collections and, appropriately, earned Parton her first number one country album since 1991’s Eagle When She Flies, an accomplishment that wasn’t lost on the 70-year-old artist who, despite being a household name, hasn’t had heavy radio play in years.

The inspirations fore Pure & Simple were twofold. First, Parton and her team were plotting a tour — her first major U.S. tour in 25 years (“I didn’t think about touring here to any big degree, except for special shows,” she explains. “I’m glad to know they still like me after all these years.”) — that would take an aesthetic departure from the singer’s flashy persona: stripped down, “pure and simple.” If she was going to tour, though, Parton wanted to give the fans who bought tickets some new music to go along with the price of admission.

“Then I thought, ‘Well what would be pure and simple? It should be a love song,’” she says. “Then I wrote [title track ‘Pure & Simple’], and I thought, well, I’ve been married 50 years this year — my husband and I had just renewed our vows — and this would be a good time to just write a whole album of love songs.”

Parton met her husband, Carl Dean, at Nashville’s Wishy-Washy Laundromat in 1964, when the would-be star was only 18. They married two years later and have been together ever since, renewing their vows earlier this year in celebration of their 50th anniversary.

“We got married at our little chapel at the house and we got in our camper and went down that night and spent the night in Ringgold, Georgia, where we [first] got married,” Parton says of her recent vow renewal ceremony. “We just got food and we stayed in our little camper and we had our little anniversary fast food dinner there, which is kind of what we did before, but we were in the car.”

Several of the songs on Pure & Simple were inspired by Parton’s marriage to Dean, including the album’s closing track “Forever Love,” which she says the couple considers to be their wedding song. She pulled other tracks like “Tomorrow Is Forever” and “Say Forever You’ll Be Mine” from her vast catalog of unreleased and unrecorded songs.

“Everything in there plays off relationships of mine,” she says. “Some of the songs are from mine and Carl’s early days in our marriage. I pulled a couple of songs from the ’70s, ‘Tomorrow’s Forever’ and ‘Say Forever You’ll Be Mine,’ those are songs I wrote when our marriage was new.”

There are a couple of tunes, though, that don’t pull directly from Parton’s life, instead finding inspiration in the romantic trials and tribulations of her close friends and family members, like “Can’t Be That Wrong” and “I’m Sixteen.” 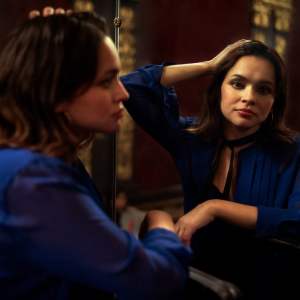 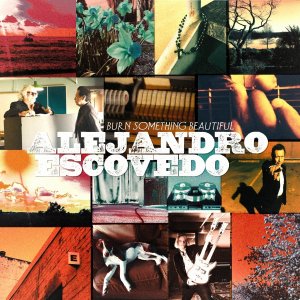