Dom Flemons, a Grammy award-winning performer and Black music historian, joined Musicians On Call (MOC) for a virtual songwriting session honoring veterans. Flemons, alongside veterans from the Phoenix VA Healthcare system, created a song that addresses topics like family, heritage and sacrifice, aptly titled “This Hero’s Life of Mine.”

The platform of Musicians On Call is to heal using the power of music. Thanks to their ability to facilitate many virtual programs, the charity has been able to help patients in hospitals even during pandemic restrictions. The wide variety of programs offered gives patients and caregivers access to the astonishing power of music, which is proven to improve mood, pain tolerance and positivity during difficult healing processes.

This specific session with Flemons was done through a MOC program called Virtual Performance Program for Black Music Appreciation Month. The veterans, who co-wrote the song alongside Flemons, are musical heroes whose military service spans decades in the Air Force, Army and Navy. The songwriting session also helped facilitate dialogues about their time serving, as they talked about traveling the world, experiencing different cultures and ultimately returning home as changed individuals. All of these experiences are what Flemons and the veterans hoped the capture in song form— immortalizing their individual experiences serving the United States.

Rosalind O’Neil, the Recreation Therapist at the Community Living Center, commented on how the virtual session went. She said, “Dom was able to listen to, connect and put our veterans’ words to a melody that not only motivated our souls, but also motivated a few veterans to get out of their chairs and dance!”

MOC President & CEO Pete Griffin also commented on the importance of this project, saying, “Musicians On Call is honored to celebrate our veterans year-round, and this special songwriting opportunity through our Project Playback program is another example of that. To have a legendary performer like Dom Flemons join us in telling their story through music is incredibly special. We hope the experience and the song they created is a source of joy that they can share proudly with their friends and family.”

Additionally, Dom Flemons shared his own thoughts on the remarkable experience: “When I began preparing for my Project Playback co-writing session with the veterans of the Phoenix VA Hospital, I first tried to think of a universal idea that would relate to all veterans. A veteran is a hero to their country because they have given a portion of their life to the cause of freedom.”

He continued, “When I got on the call with the veterans, I asked them two main questions that would allow them to open up about their experiences which would frame the song.  The first one was to see if they had experiences during their service that stood out to them. The second was to ask them if there was anything they wanted people to know about their life after having served in the military. I began to play the song for the vets and she [a veteran] got up out of her seat and began to dance. A second vet also jumped out of his seat and began to dance with her. The hospital staff and their fellow veterans clapped and applauded, cheering them on until the song ended.

Each of the veterans stressed the universal importance of discipline and good decision-making that they all attributed to their time serving in the military. And each believed that at the end of the day, they treasured the moments they got to travel the world and enjoy all of the different cultures and people they met along the way,” Flemons concluded.

You can view Flemons working with the veterans below and hear some of “This Hero’s Life Of Mine” below. 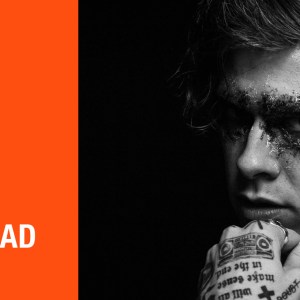 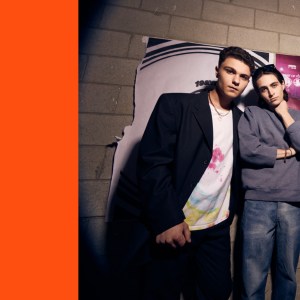