In the depths of winter after a truly unprecedented year, Angus Stone is keeping hearts warm with his infectiously feel-good music. On November 27, he released “Kids Fallin’ In Love,” a sun-kissed, good-vibes single from his solo project, Dope Lemon.

Best known as one half of Australian, brother-sister folk duo, Angus & Julia Stone, Angus Stone has been recording side stuff under the name Dope Lemon since 2016. With hazy, washed-out guitars, a deep bass and his swaggering talk-singing — all tied together by a distinctive, impactful mixing style — Stone’s new single is a wondrous ode to a worry-free life.

“‘Kids Fallin’ In Love’ was one of those songs that happened really naturally one night in the studio,” Stone told American Songwriter. “I guess I was feeling that big love and just went with where it took me in the music. For me, I guess it’s just that magical feeling of coasting along without a worry in the world — feeling ready for anything, whether it’s love or just life.”

Perhaps part of what gives the single such an effortless energy is the setting it was made in. “I recorded this song in a recording studio in the barn on my property,” Stone said. “It’s a cool, big old loft that has many good vibes and is a joy to create tunes in. Me and my engineer stay up late drinking whiskey. I kick around a collection of different ideas till one sticks & we roll with that till it’s done. I write my best when I lose myself in the tune and fully surrender to the story I’m telling. I find that if I don’t take myself all the way with my imagination, the song will come to a halt.”

Sounding almost like the lovechild of Elvis Costello’s “Alison” and Mac DeMarco’s “The Way You’d Love Her,” “Kids Fallin’ In Love” expertly accomplishes the goal Stone set out with when he began writing it. “I want people to have the same feeling I had when I first wrote it,” he explained. “That warm glow that comes over you when you can feel doors opening for your heart to be able to love and be loved again.”

Feel the warm glow by watching the music video for “Kids Fallin’ In Love” by Dope Lemon below: 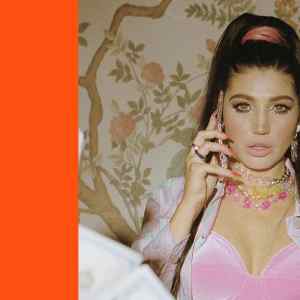 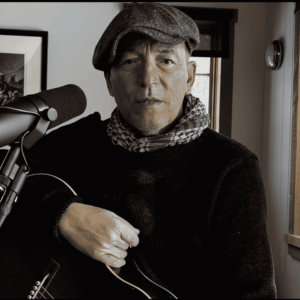