Dove Cameron’s latest single, “Boyfriend,” was a happy accident of sorts. The singer/songwriter and actress had just wrapped up her tour and decided that it was time to refocus on her music. Now entering a music mode, Cameron listened to a batch of tracks that her producer ​​and friend Evan Blair sent over. One of the 15 tracks included striking chord progressions.

“I was like, ‘Wow, this is a villain song,’” Cameron says of the demo. Unbeknownst to her at the time, that track would create the foundation for her hit single, “Boyfriend.”

The music for “Boyfriend” is villainous like Cameron describes but in the most delightful way. It’s smug yet sultry and slinky as its chords glide through the song. So, inspired by the demo, Cameron set out to give the music a voice.

“I sat down and we [Skyler Stonestreet, Delacey, Evan Blair] wrote it in like two hours,” Cameron tells American Songwriter. “[We] recorded it and left and didn’t think anything of it.”

Soon, the song that Cameron had started to bring to life would grow to have a life of its own. “Boyfriend” immediately went viral after Cameron posted a snippet of the song on her TikTok account. “I teased a little bit of it in December because it was just one of the first tracks I’d finished and I was like, ‘What am I working on? I’m working on this.’ I was just updating people,” Cameron explains.

This update resulted in “Boyfriend” gaining millions of likes on TikTok. Cameron then decided to push up the release of “Boyfriend” to February of 2022 thanks to the positive reaction from her fans.

“It’s really, really crazy and wild, but it feels good,” Cameron says. “Because it’s so true to me. I think if you try to engineer something that’s going to do well, most of the time, it doesn’t work like that. But then the stories that are left to the world are the things doing well.”

The song itself, now released onto the world, is Cameron’s honest offering of a queer anthem. More specifically, the song is from the point of view of a woman pursuing another woman after her implied boyfriend has left the room.

I could be a better boyfriend than him
I could do the shit that he never did
Up all night, I won’t quit
Thinking I’m gonna steal you from him
I could be such a gentleman
Plus all my clothes would fit

“What I like about ‘Boyfriend’ is it’s like a sexy night out, a sexy retelling of something that happened between these two women. [It’s] a cocky villain anthem about being attracted to somebody and having this mutual chemistry with someone in the way that straight people write about each other,” Cameron says. “That’s what I think is important about the song… in that way it is long overdue because it’s just like any other song… There’s nothing that separates it too much lyrically from a song that a man would write about a woman or vice versa.”

Cameron herself came out to the public as identifying as queer in 2021. And with the release of “Boyfriend” in 2022, Cameron hopes that queer relationships are depicted more and more for what they are—normal.

On March 31, Cameron took “Boyfriend” one step further by dropping a music video for the song. The visual version of “Boyfriend” is just as alluring and candid but with moving scenes of Cameron and her co-star, Charlene. The video is full of symbolism, easter eggs, and futurism/sci-fi touches. Additionally, “[t]here’s definitely a touch of the actual story that happened in the video,” Cameron says.

Overall, though, Cameron explains: “It was very important to me that it was an authentic queer love story.”

Watch the premiere of the “Boyfriend” music video below. 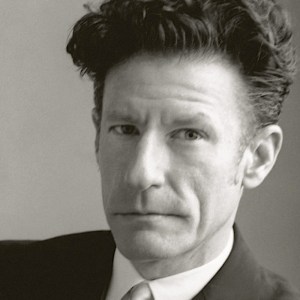 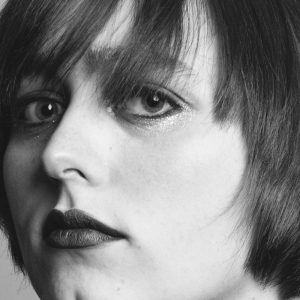