You never know what you’ll get when you meet your idols. Grammy-winning producer Tedd Hutt (Gaslight Anthem, Flogging Molly) certainly has some stories, and he once shared an encounter with Mick Jones, lead guitarist of The Clash, to another frequent collaborator, Ken Casey from Dropkick Murphys. “Ted was telling this story to us during pre-production, and we were just about to go for lunch and somehow this story comes up,” recalls Casey during a recent episode of After School Radio with Mark Hoppus.

“‘Ah, one time I was working in a studio, and it was several studios in one building and there was a common area, kitchen, and refrigerator,'” shares Casey. “And he said, ‘I came out and I put a pudding in the ‘frigerator, and there was Mick producing some project. And he’s eating my pudding.’ We said, ‘Holy s***, what did you say? Did you say anything?’ And you have to know, Ted [is] the most soft-spoken, nicest guy, but he wasn’t letting that ruin a good story.

“So he said, ‘I said, ‘Oy, that’s my pudding! Put it down right now!’ Which we all knew right off the rip that that was bulls***, but it made for a good story. And so we took a break for lunch and I said, ‘I’m going to stay back, guys,'” Casey adds. By the end of lunch break, “Mick Jones Nicked My Pudding” was a fully formed song. “It’s a little bit, obviously, about what really happened but also the analogy that [you] don’t meet your idols, they might let you down.”

Casey then takes a moment to share his own story with Mick Jones—the time he smoked a joint with Jones behind The Channel in Boston before a Big Audio Dynamite concert. “That must’ve bee —man, I haven’t done drugs or alcohol since ’91—so it had to have been late ’80s. And just to smoke a joint with some kids behind a club, you know, he’s got to be cool. Joe Strummer, we had the great fortune to meet many times, both being on Hellcat Epitaph together, and whatnot, and so if he’s half as good as Joe, he’s a good guy. So, by no means, is the song an actual diss at Mick. Ted didn’t write his name on the pudding, so it’s Ted’s fault.”

“Mick Jones Nicked My Pudding” samples a forthcoming album called Turn Up That Dial, slated for an April 30 release.

With a 25-year legacy, The Dropkick Murphys are well-versed on writing and recording a record, often doing various instrument parts or vocals on their own. “I don’t want to say that camaraderie is gone, because it’s not, but when you’re getting to the overdub stage, everyone’s not sitting around cheering on the guy as he does a guitar solo and they’re not there when I’m singing,” says Casey. “So, it honestly didn’t seem all that different.”

Then, of course, came the pandemic, which ultimately didn’t throw a few wrenches into the process. “We couldn’t go in the studio at all—and then the studio said, ‘Oh, you can come in one at a time.’ So, it was a little different. The background vocals were the biggest challenge. We tried to record outside in the parking lot, and then you could hear birds or ambulances. We came inside and had everyone in there at the same time, but you’re in broom closets down the hall. There’s only so many ISO booths in the room, so we had bodies in closets and stuff all over the place and cable running to everybody.” 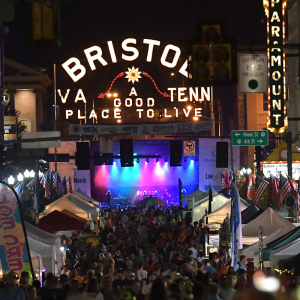 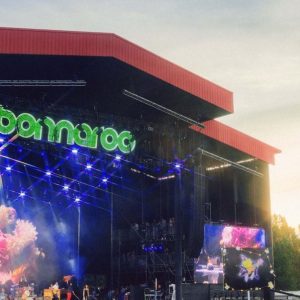