Since then, their enduring bond has further fastened. After graduating from Berklee College of Music in Boston, the two explored their artistry in Brooklyn, leading into their self-titled major-label debut album in 2014. Moving into the woods of upstate New York, the dynamic pop duo pivoted on their second full-length album New Compassion in 2018.

On May 21, HAERTS ushered in a new chapter with their third full-length, Dream Nation, on Rix Records/The Orchard & Humming Records.

“Songs capture the essence of the moment in which you make them,” Fabi explains. These songs were bred from a shorter writing session than their previous projects, over the course of a few weeks, right after they found out they were expecting their first child. The pacing here, they believe, reflects the duo’s state of mind at the time. With a baby on the way, it was important to the couple that they get their message out into the world from the unique perspective of anticipation.

HAERTS then recorded most of the album with their touring band during a week-long live recording session in New Orleans. Unbeknownst to them, this would be the last time they shared space with their beloved band for nearly a year.

As the project neared completion, their daughter Anna was born. Shortly after, the world was overrun by a merciless global pandemic.

“During Covid everything became so cerebral. Anxiety, self-obsession, the things we want and long for became so heightened,” Gebert cites. “We wanted the album to move more.”

There is intentionality threaded throughout the 11-track collection. Their lo-fi approach lends itself to a sophisticated sanguinity, overlaying layers of languishing.

The piano-driven “Why Only You” slowly builds with a backbeat into a dance track. But beneath the energetic drums, the devastating lyrics detail an envisioned future with an ex-partner who has moved on with someone else.

HAERTS closes with “No Shame,” a gentle ballad for weary listeners. The melodic tune, akin to a lullaby, rocks the defeated into a more serene state—something more similar to a dream than the harsh reality of the current context.

“It was important that it had a certain lightness,” says Fabi. “We wanted the rhythm of the music to capture the rawness.”

Now, living in sunny California, HAERTS finally reunited on stage with their band for the first time since New Orleans to perform three of the tracks live at Valentine Studios in Los Angeles. Premiering today (June 17), their streamed performance of “Drift Away” follows last month’s “Days Go By.”

“It feels like the city is waking up,” Fabi explains about the track. Reminiscent of a disco track, the anthemic song fits the feelings conjured up from their first reunion, like a musical homecoming.

“Drift Away,” they feel, is a “slow-motion goodbye.” Fabi, who admits she was going through a bit of an Elvis phase at the time of inception, continues, “It feels like you’re in this dream, because of the pacing of the instrumentation and arrangement. Almost like a seasick feeling.”

Evoking a dreamscape, “Drift Away” anchors the collection in its whimsical escapism.

“Dreams are what keeps people going,” says Fabi. “So there’s something almost tragic, so many times they don’t come true. But there’s something beautiful in holding onto these dreams, us included. It’s more than hoping—it’s almost a fate.” 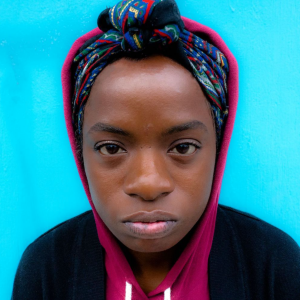 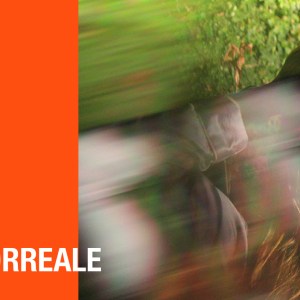