“Talking to Sunny is like an absolute trip. She has lived through incredible trauma and addiction but approaches life with a very sharp sense of humor,” Basic Folk podcast host Cindy Howes said about folk-punk artist Sunny War.

In the podcast, the duo discuss everything from their favorite culinary practices to War’s latest release Simple Syrup. To kick off the conversation, Howes asks War about her recent venture in creating a Los Angeles chapter of the nonprofit Food Not Bombs.

“There’s a lot of people now that come to our [nonprofit] that I have a lot in common with,” War said. “It’s a no judgment kind of thing, and we just talk about all kinds of stuff. We also have a speaker and we play music, then people come and dance. It’s just fun. It just feels good. I think that’s what church is for some people — they go and see their community and they check in with each other.”

War started this chapter of Food Not Bombs during the pandemic and explained that it feels somewhat similar to how she develops her music. Both the nonprofit and her music force War to experiment in how she creates for others. Making something for people requires confidence, War explained to Howes.

Howes probed further about the artist’s musical journey, and War gave a track-by-track account of her record Simple Syrup. War described how her ability to lucid dream inspired the song “Lucid Lucy” and how her alcoholism appears in the song “Kiss a Loser.” War also explained that her song “Like Nina” is about four different archetypes for Black women: Nina Simone, Aretha Franklin, Tina Turner, and Beyoncé. “I guess it could be more than four. But other iconic black female singers, they would still fall under one of those four categories,” War said.

Listen to the podcast here to find out which musical archetype War aligns herself with and the stories behind the rest of the tracks on Simple Syrup. “I can’t wait to talk to this weirdo again,” Howes said. “She’s unlike anyone else.”

Find Sunny War’s episode of Basic Folk here, and check out some of Sunny War’s music from NPR’s Tiny Desk series below. 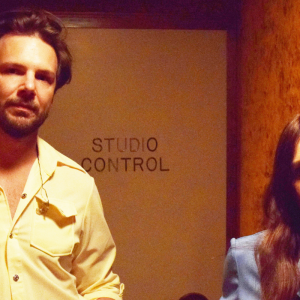