While on their digital tour for their new album, Lonely Generation, Echosmith live-streamed an exclusive show for American Songwriter’s Behind the Mic series. The band, composed of three siblings (originally all four Sierotas), effortlessly played off of each other while performing and answering questions.

Echosmith strummed up a few of their earlier songs like “Bright” and “Cool Kids” while also explaining their immense growth for Lonely Generation.

Three-forths of the Sierota squad were teenagers when their first album, Talking Dreams, debuted. But after seven years, a long EP and a handful of singles, Echosmith stamps their new album with experience.

On the topic of their ever-changing songwriting, Sydney Sierota comments, “I would say our songwriting has just evolved naturally with us…. The art of songwriting and the music itself just grows alongside with us as we are learning about ourselves and discovering more about who we are as a band…. And I think that’s one of my favorite parts about songwriting is to see how you change along with it. And it’s a really fun way of documenting who you were in that time or how you felt in that time.”

She continues, “And hearing certain songs for the first album that [were] written so long ago now, I’m like ‘oh my gosh I got totally transported to that time and how I felt in that moment’…. And it’s fun to have those little time pieces inside of songs.”

The Sierotas do have an advantage, however, when it comes to songwriting with each other.

Sydney explains, “We’ve known each other for a long time. So obviously the comfortability is there and that’s one of the hardest things to find.” And that comfortability goes hand in hand with a brand of brutal honesty that only a group of siblings can produce.

In turn, this closeness allowed them to expose vulnerable parts of themselves to write their song “Cool Kids.” The song itself emerged from a personal place for all of them.

The song soon took off on its own, as the Sierotas’ vulnerabilities resonated with people around the world.

Here’s what Sydney has to say about the explosion of popularity for “Cool Kids.”

“It has been crazy to see how many people connect with the message of ‘Cool Kids,’ obviously including ourselves, because that song really came out of a personal story and a personal feeling from all of us in the band. It was just insane to see how many people felt that way too. And it felt so comforting for us, especially at that time [as] teenagers and people who were just trying to grow up and figure it out. Figure out who they were. To see that we weren’t alone in that feeling that desire to fit in or to be like somebody else or look like somebody else… We all go through very similar things.”

Watch the full Behind the Mic with Echosmith below. 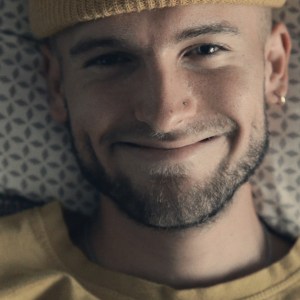 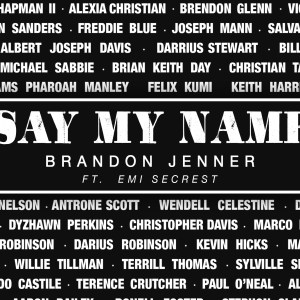