It’s a long way from 16 to 22. When Echosmith released their pop-fused debut Talking Dreams in 2013 and triple-platinum single “Cool Kids,” singer Sydney Sierota was 16 playing in a band with her equally young siblings. Now a three piece with brothers Noah on bass, and drummer Graham—older brother Jamie parted ways to focus on his new family—Echosmith have reached a coming of age on second album, Lonely Generation, a glimpse into getting older, relationships, and the distorted notion of “social” communication.

Echosmith are in a different place now, and Sierota says she’s lived a lot in the past six years. She fell in love for the first time, got married—brother Noah also tied the knot—and is still trying to figure things out. “We got to experience more life, but at the same time I’m only 22,” she says. “I’m still trying to figure out who I am, what I want, what I want to do with music. Figuring out all these layers is so important and so key to life no matter what you end up doing, who you are, or where you live.”

“If you look at anything on social media there are so many examples of people not understanding each other and not trying to understand one another,” Sydney Sierota tells American Songwriter. “We realized the importance of communication and how desperately all of us need good communication right now. Realizing the importance of communication with everyone, and yourself, is so relevant to us as we’ve gotten older, but also as we’ve been making music and have been in the industry a little longer.”

Produced by dad Jeffery David, also the band’s manager, the album moves beyond its initial indie-pop bursts, unraveling more layers in the soulful “Last Forever,” or the more impassioned “Everyone Cries,” which features a duet with Noah for the first time—something Sierota says they’ll explore more recording and live. “It’s nice to have that familial side, that relation backing the song,” says Sierota. “It’s very comforting having him more involved vocally, even if it’s on one song, and for me to listen to him do his thing.”

Formerly with Warner, the band even started its own label in 2018, Echosmith Music, which has freed up their musical direction and choice of producers, co-writers, and other collaborators. To better visualize their journey, the band decided to release a video for each track. Threaded in the Lonely Generation storyline, Echosmith pulled in Danny Drysdale (Kelly Clarkson, The Killers, Imagine Dragons) to direct the batch of videos. Shot over seven to eight days, Sierota says it was their way of bringing each song to life since the album was such a personal one for the band. “Lonely Generation” and dance-y “Shut Up and Kiss Me” are the first two videos with the remaining ones out individually without too much space in between since they are somewhat connected.

“We had always dreamed of doing a video for every song,” says Sierota. “You have to find the right director to be on board with you because it’s kind of a crazy process. You can do three videos with a certain amount of money, or you can find someone you love and is passionate about this project and see if they’re down for 12 videos and go for it.”

Piecing together Lonely Generation was a group effort, and each song resonated with every band member in some way. “It’s not just me,” says Sierota. “I’m not a solo artist, so we can all feel we’re behind every single song. Even if it’s my song or story we make sure we can all relate. It might be a totally different reason why each of us relate, but it’s important that we have that.

This time around, there were no featured artists, something the band has always jumped into with “But Us,” a synth-EDM track with DJ Florian Picasso (great-grandson of Pablo), 2018’s “Favorite Sound” with DJ Audien, or tapping into Christian rock with the Timbaland-remixed country single “God Only Knows” with For King. “We just wanted this to stand on its own and be a good representation of who we are now, where we stand, what we’re going through, and how we feel about life in general,” says Sierota. “It felt very natural to just keep it Echosmith on this.”

Still a tightly knit unit, the siblings’ unified feeling as a family and as a band have taken them into this new chapter, new album, and new era with Lonely Generation, says Sierota. “We’re just more focused than ever, and we’ve have changed so much—in personal ways and professional ways,” says Sierota. “We perfected so much getting deeper and deeper into the songs and more vulnerable than we have ever been. It’s been a very long process, but it’s been a very necessary one for us. We’ve never been more proud of anything that we’ve done.” 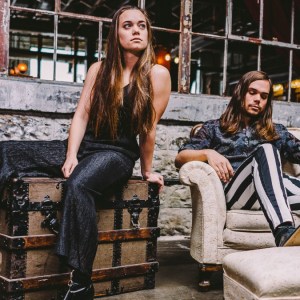 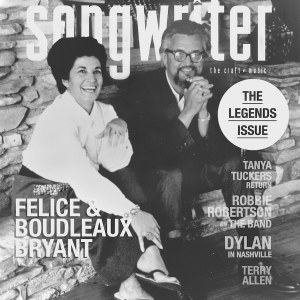