On this week’s episode of Pitch List, host Chris Lindsey is joined by Grammy award-winning singer-songwriter Emily Weisband. The two talk about creative processes, growth in the industry and her newly released EP Not Afraid to Say Goodbye (Stripped).

Getting her start at Belmont University, Weisband eventually won a Grammy for her song “Thy Will” at the age of 23. Weisband explains that even now, she doesn’t quite understand the full reach of her own song, but she hopes one day she’ll be able to identify with it more as a listener.

“It’s one of those songs where it’ll probably mean something to me someday, where I didn’t feel like I wrote it. There are some songs I’ve been a part of where I listen to them and it’s speaking to me like just a listener. Like I had nothing to do with writing it, and ‘Thy Will’ was one of those. It’s just proof that writers are just vessels for a bigger thing. I truly believe that. Because I think music’s such a spiritual transaction,” she says.

In this way, Weisband has the unique ability to channel struggles or situations which she has never even engaged with before and reach listeners in a powerful way. One way she shares that she has been able to get to that point and grow so much as a writer is through her time working with the songwriting community in Nashville.

“I can’t put a price on growing as a writer in Nashville because there’s a craft and there’s a reverence for songwriting that I don’t know I would have gained learning to write anywhere else,” she explains.

Nowadays, Weisband says she is in a new stage as a songwriter and is “looking under rocks for new spins on truth,” always pushing the boundaries of what can be said in a song. Despite having that naturally yearning in songwriting, Weisband admits that she has a very opposite feeling when it comes to creating content for social media, but she’s learning to enjoy it again.

“The 27-year-old in me wants to be rebellious to things like TikTok or things like that, but there is so much noise, and I shared something on my TikTok about just the process of a song I had written, and people loved it…There’s this whole songwriter world that I think people are still just kind of like connecting with and getting into and realizing is a huge community and a thing and being able to share my process has been really fun for me. It breeds a lot of purpose in life and into social media for me.”

Her constant search for purpose doesn’t stop with her TikTok account though. Weisband shares that in her reimagined EP she was excited by the idea of playing around more with the songs she already had, putting them under a different light.

“I wanted to do some weird, ambient vocal stuff and just kind of show some extra influences that maybe I wouldn’t show on one of my personal projects, but be able to reimagine these songs and sonically just kind of dip my toes into some other music that I really love. It’s really cool. Any chords I didn’t get to strike on the project I got to strike on the reimagination of it.”

Weisband goes on to cite influences like Michelle Branch, The Beatles and Imogen Heap for her reimagination, and like the authentic, fun-loving, talented artist she is, Weisband hopes this EP and all the rest of the music she creates in the future will make her feel a sense of genuine pride.

“I do want the Grammys and I want the number ones, but in my deep heart, I am working toward my definition of success being I’m just making music that I’m proud of, and living a full life, being who I am with my people.”

To check out more from the Pitch List Podcast check out this page. 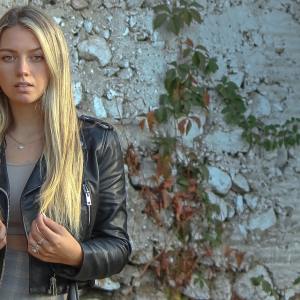 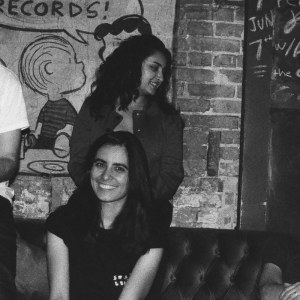