Brooklyn’s Ethan Lipton, a popular New York club performer, is a cabaret-oriented songwriter with a flair for a range of showy styles and a sharp, cynical, but often self-deprecating wit. Joined by an able acoustic/electric backing band that is as versatile as he is, Lipton presents 19 songs (and one instrumental reprise) that showcase his hangdog but hilarious worldview. The playwright-turned-lounge-singer knows how to turn a phrase, and can put a song across with the low-key, growly charisma of Leon Redbone or Tom Waits.

He explores light bossa nova (“Little Container”), quick-picking country (the funny and angry “You Were Right and It’s OK”), roller-rink waltz (“We Would Have Never Met Without the Internet”), and even pseudo-indie-rock on the stand-out track “I’m Sorry,” whose pensive, melodic verses blaze into power-pop choruses. The majority of tracks have an old-timey blues feel that suit Lipton’s talk-y singing style, and provide the excellent players in the Orchestra (saxophonist Vito Dieterle, guitarist Eben Levy, and bassist Ian Riggs) with some opportunities to shine. (Riggs’s stand-up bass takes a star turn, expressing pure anhedonia in the 30-second song-snippet “Disappointment”). Lipton is also joined by guest vocalists Cynthia Hopkins and the National’s Matt Berninger on the epic “When You Die.” This smart, funny set of songs was funded by Kickstarter, suggesting the loyalty of Lipton’s fans; let’s hope the resulting recording creates even more fans. 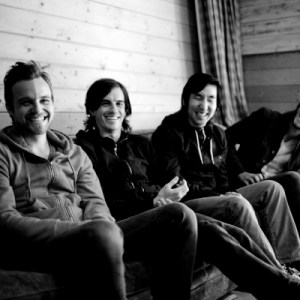