Once on the endagered species list, The Lemonheads staged a welcome comeback in 2006. Their latest album, Varshons, is a killer all-covers-project curated by Butthole Surfer Gibby Haynes. We sat down with chief Lemonhead Evan Dando to get the scoop. 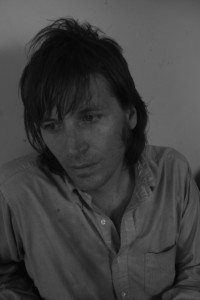 Once on the endagered species list, The Lemonheads staged a welcome comeback in 2006. Their latest album, Varshons, is a killer all-covers-project curated by Butthole Surfer Gibby Haynes. We sat down with chief Lemonhead Evan Dando to get the scoop.

The album cover is really cool.
That’s the whole reason for this record, it really is. I bought that painting, and I was like, I gotta—it was pretty expensive, you know—and I was like, I better make a covers record because I haven’t done one and I like to do covers, so here’s my perfect opportunity to put this thing to a budget. I still have it on my wall.

So, which of these songs did Gibby Haynes pick?
“Dandelion Seeds,” “Yesterlove,” more of the psychedelic ones. I picked three. I picked Gram Parson’s “I Just Can’t Take It Anymore” because I’ve always wanted to do that one. I picked the Townes Van Zandt one [“Waiting Around To Die”]—I always wanted to do that one too. Gibby picked the “Beautiful” one. He just really wanted to hear me do that for some reason—the Linda Perry, Christina Aguilera song. See, it was kind of fun having him because I never would have done a lot of the songs that were put on the record unless he made me do them.

So with “Beautiful”, it’s not like you had heard it and you thought “ah, this is the most perfect—”
No. I actually always hated it, which is really the motivation for a lot of our covers. Like “Luka,” it was on the radio so much, we just, like, hated it. We learned the chords, and then we started liking it actually, when we started playing it. Susanne Vega really liked our version. We met her in Bubby’s once. She was like, “Oh, I love it. I love it.” And then everything comes to the horrible “Mrs. Robinson” thing, which we did for the reissue of the movie. Someone bought the rights to the video cassette, it was the 25th Anniversary, to get the kids into The Graduate, and they released it as a single. I never would have done that song. I hate that song. I hate Paul Simon.

You hated him before…
Oh yeah, before, yeah. Except for that one song that I like “Slip Sliding Away.” I like a couple of his songs actually. I guess it was intensified by having to do “Mrs. Robinson.”

Yeah. So what—
I mean, he’s super-talented. I know that. But I love his soundtrack to the movie—it’s great. That stuff’s good.

So it didn’t bother you when you heard Paul Simon didn’t like your version?
No, I loved it. And actually, Art Garfunkel gave it a really good review.

“Thank You?”
“Thank You,” yes. I think the guitar part inspired by “Thank You.” But we just took off all the bombast. Because [the original label] Rhino said we had to do it, and then we cut out of the whole thing, and somehow we left it on the album. We could have taken it off. But maybe it’s good to have one song people know. Except for the Leonard Cohen song, a lot these are really obscure.

“Hey That’s No Way to Say Goodbye” is such a natural fit for your voice.
Yeah. And Liv [Tyler, who sings backup] sounds good on there. It reminds me a bit of Marilyn Monroe, singing to JFK. She was perfect for that song. Liv has only ever done stuff with me—she’s sung back up on a couple of songs. But she’s never done anything with anyone else, I don’t know why. But every time I talk to her, she’s real excited about this record. She’s pretty much the sweetest person you’d ever want to meet, just totally for real.

How did she react when she first heard that song you wrote about her, “Come On Daddy,” about her relationship with Steven Tyler?
She was there when we wrote it. And my friend Epic Soundtracks wrote most of it, I wrote the chords and stuff. At the time me and Liv were hanging out, because I was new to New York, and she was showing me around, and she introduced me to who became most of my friends here. It was right after we did the movie Heavy, and I decided I was gonna live here, and she really helped me get adjusted to the city. I used to pick her up at her high school every once in a while. I went to her high school graduation.

And she liked the song?
Oh yeah.