Arguably, for the first time ever, Amy Lee has a complete say in the music she is making.

Lee was only 19 when she came into the height of her success with Evanescence and it was an uphill battle from the start. A battle she has won today with Evanescence’s new album The Bitter Truth.

“I feel like I’ve been fighting for this all my life,” Lee tells American Songwriter. “The big difference is I’m not fighting this time. And that has just given me a lot more energy to focus on the music itself, which has been incredible. The music has been so healing for all of us during this time.”

In 2003, Evanescence released their debut record, Fallen, which successfully put the band on the map in the rock scene, yielding hits like “My Immortal,” “Going Under” and “Bring Me To Life,” a song that Lee vividly recounts as the first mile marker of her battle with the music industry.  Fallen was immediately poached for commercial promotion and industry executives exploited the song and Lee by adding a male vocalist to the album to sell more records, explaining that she alone as a woman behind a piano wouldn’t sell records.

Lee fought tooth and nail to avoid the label adding a male vocalist on Fallen, winning the war overall, but she lost that battle for “Bring Me to Life.”  It was Lee’s first inkling that the industry was not going to work how she imagined. Not wanting to sacrifice the band’s vision, Evanescence initially told the label ‘no’ to the male vocalist and left all their label provided perks behind, even the Los Angeles pad they were put up in, and headed back to their hometown in Arkansas. But Lee wasn’t ready to give up entirely.

“It was just an interesting thing to learn that there would have to be a fight,” Lee said. “Because I think everybody’s dream when you’re a kid is that you get a record deal and then you make your music and then get paid for it. But it’s a little more complicated than that.

“And in those early days, ‘Bring Me To Life’ was right at the center of the fight for control, it was our first song out of the box,” she adds. “I wanted people to have a good representation of what our sound really was and who I really was. It was the labels idea to have a male vocalist guest. So there was this weird disillusionment in the beginning for a while. We were different, and I was female and I thought that’s what made us special.”

Evanescence gained more and more traction with Fallen as it climbed the charts to No. 1 and Lee grew into a powerhouse of femininity and girl power throughout the rock scene. However, behind the scenes Lee was constantly fighting, be it with her managers, labels and even against sexual harassment. She was always censored in some way. Subsequent albums would see that battle in real time, as the band eventually went on a hiatus from creating new material after their self-titled album in 2011. That is, until the release of “Use My Voice” in late 2020.

The song was a real testament to Evanescence’s current status as a band finally on the other side of where they started, and finally able to push back against the industry and figureheads that told them they weren’t good enough. The song introduced the new record, The Bitter Truth, while also coming at a prevalent time in society when solidarity and a platform for voices are needed. It was promoted as the campaign song for the voting initiative Headcount.

“I have fought so many battles to be able to use my voice and have my art come out the way I want, and it not be changed,” Lee said about the song. “I’m aware of that fight. I know what it’s like to fight the fight when someone is trying to shut you up. I am a firm believer that the truth needs to be heard and I think that is what can unite us.”

Coinciding with the band’s talent for writing songs with messages, Evanescence also released the singles, “The Game is Over,” “Wasted on You,” “Better Without You” and the electro infused, aggressive, and brash “Yeah Right.” While many of the songs illustrated the issues looming over society with the pandemic, like mental health issues and voting, “Yeah Right” was another retaliation against the music industry Lee admittedly hates.  Some of it, written a decade ago still pains Lee to talk about.

“It’s hard for me to talk about that song,” Lee said about ‘Yeah Right.’ “Writing  the album, I kept pushing myself to be honest. I knew I wasn’t going to want to talk about it in depth in an interview. But I didn’t let that stop me from writing it and getting it off my chest.

“But at this point, I am very grateful to be where I am, but it wasn’t without things being difficult,” she adds. “And I kind of see that now from a brighter perspective. On the inside, I’m just getting to a place where it feels really good to just let it out and let it go.”

“Yeah Right,” guided by the harsh lyrics someday we’ll get paid/ more than it was to sell our souls and I’m reaching a whole new level of not giving a fuck, was a song showing just how dynamic Lee could be with electronic elements and modulated bass lines that work seamlessly with the guitar driven music.

Other songs like “Better Without You” also followed the electronic appeal, which was actually a primary stylistic choice on The Bitter Truth and the first record to see Lee purposely step away from her classical piano roots that were present on other records, especially on their record Synthesis, which is an instrumental and orchestral based revamp of Evanescence’s most loved songs.

“Because of [Synthesis] I knew I wanted the pendulum to swing back the other way for the next thing we did,” Lee said. “So I really wanted this record to be on the heavy side. And I really love synthesizers and that electronic vibe that [some] types of music have. It’s just what sounds good to my ears.”

Making music that was truthful and that accurately represented the band at their current phase was essential because of the album’s autobiographical nature. And the experimentation with synths and the lack of classical components was another triumph for creative control.

“It was kind of a further challenge for myself,” Lee said. “And it projected the truest picture of our hearts. Because you and your heart—a real human heart—are going to touch people more than a perfect cookie that fits in the palm of your hand.”

As release day neared on an album that was years in the making and a lifetime worth of fighting, Lee carried an enlightened perspective on the future, leaning on the hope that has always guided her through her abrasive and turbulent industry.

“I’ve always had hope, but it’s not that simple,” Lee said. “I feel like hope kind of shines brightest from the darkest places. And I have been chasing that light, all along, and still am in many ways. This music came from a place of deep darkness. But being able to pour that darkness into the music has truly been a light for us. It’s something to feel proud of and excited about. It’s something that brings so much fulfillment to my heart and to all of the band’s.” 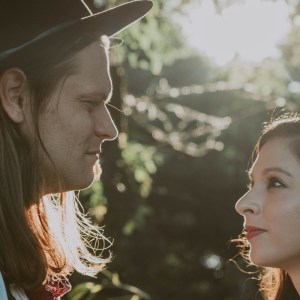