A live online press conference and listening event was held today to launch the release of John Lennon/Plastic Ono Band – The Ultimate Collection. In addition to the team of engineer-producers who worked with Yoko to make this collection was the legendary Klaus Voormann. The bassist on the sessions, Klaus brought his dignified whimsy and real-time love for John and Yoko to the proceedings.

This new set overflows with the music of Lennon’s soul. Sprawling over six CDs and containing over 159 tracks–more than eleven full hours of music– it’s a remarkable and voluminous collection, and one deserving of such deeply curated attention.

That depth was affirmed today by Simon Hilton, the Compilation Producer, who recognized with a laugh that this project took many years, based on an album which was completed in a few months.

But as several said today, this was no normal album. This was the first post-Beatles solo album from John Lennon. This is history. Also, as this collection reveals, Lennon tried the songs in many ways, taking many takes of each. He also made demos of each song. So there is much unheard raw material from this album which took a long time to compile. The result is substantial: an  eight-disc super deluxe box set, John Lennon/Plastic Ono Band – The Ultimate Collection, an immersive, deep listening experience and in-depth exploration of what John felt was the best work he’d ever done.

Fully authorized by Yoko, who oversaw the production and creative direction and worked with the same audio team that made 2018’s critically acclaimed Imagine – The Ultimate Collection, engineer Paul Hicks and mixers/engineers Rob Stevens and Sam Gannon. They each spent years discovering,  compiling, mixing, re-mixing and editing the voluminous amounts of recorded material, always cognizant of the historic nature of their work. Much of that history remains unheard, on reels of multi-track tapes stored in basements for decades.

Despite the vast bounty of material, Yoko ensured that the focus never wavered. As Paul Hicks explained, “Yoko is very keen that we achieve three things: remain faithful and respectful to the originals, ensure that the sound is generally sonically clearer overall, and increase the clarity of John’s vocals.  ‘It’s about John’ she says. And she is right. His voice brings the biggest emotional impact to the album.”

“John and I liked the idea of this really raw, basic, truthful reality that we were going to be giving to the world,” wrote Yoko about the two Plastic Ono Band records. “We were influencing other artists, giving them courage, giving dignity to a certain style of vulnerability and strength that was not accepted in society at the time.”

The event was beautifully bolstered by the presence of a legend, Klaus Voormann, who played bass on the album. His direct memories of the sessions, as well as love and reverence for John and Yoko, were delightful to receive, as he quickly cut through the conjecture. For example, it seems that John must have explained to all the musicians the sparse musical approach he had in mind?

“No,” Klaus said. Then with a gentle smile he said, “I’ll tell you what–as soon as John sits at the piano or plays the guitar, you don’t have to explain anything.You just know what is going on.”

About the atmosphere in the studio while cutting the tracks, he said, “Well, it was a lot of jamming. Because John wanted to get into the mood. When we’d settle into a groove, he’d say, `That might fit this song, or this song.’ We tried the most ridiculous things on songs which didn’t fit, and it didn’t matter. Because he just played it just to test which way he was doing to do the song. Then with most of the songs it became much more serious. He would really think about what the mood of the song was, and how best to get the song on tape.”

At the same time that this landmark album was being created, Yoko’s piece of the puzzle was coming into focus. On her record, this  same band performed her music, with John as her music director and guitarist.

“It was the same situation,” Klaus said about Yoko’s album. “She didn’t give any direction, such as `play slow” or ` fast.’ Or `do it in this key” or anything. We just started jamming. We started some groove and then Yoko started singing. It was great.”

“On ‘Why Not,” we played a really slow groove, which gave her space to do her thing, making all these little noises.. And John played this ridiculous rhythm guitar. It was so fantastic.”

“People should really listen to it,” Klaus said. “There are so many people who don’t like Yoko, but this is really fantastic.”

“As soon as [John] realized we were getting into the songs just by feeling the songs in the studio,” Klaus said, “then he started feeling more secure.”

Asked how it felt to record such raw, emotional songs with John, he said, “It had a ridiculous impact. It was just so strong. I was so happy, because this was the first time I really saw John being really happy. In The Beatles he was always frustrated. Now he was happy with Yoko, and he was still wired up from going on this Primal Scream they went through. He was really eager to get those songs on tape. He was crying, he was laughing, he was having fun hugging Yoko, and he was nice to us.

“It was a fantastic feeling,” he continued. “Those songs were so incredible. If it was `Isolation,’and we’d get so into it. Even if I was only playing a few notes. [John] found exactly how he wanted to do it, and we did it, and I am very, very happy about it.

“It was just so fantastic to be in a group that was that simple. Just what Ringo was playing, it was magic. It felt really good. I’d play a little lick and look at Ringo, and he’d smile cause he liked it, and that felt really good.” 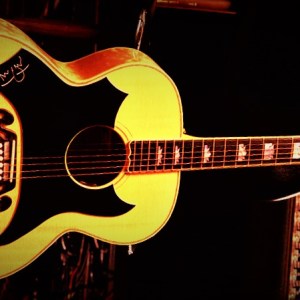 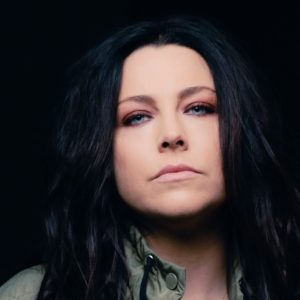