Jessica Willis Fisher never thought a “brand new day” would come. The singer-songwriter knew there would come a day when it would but never knew when. On her debut solo album, Brand New Day, she finally reclaims her voice and begins a new journey that American Songwriter has the privilege of sharing with you.

Following the sudden departure from her family band, The Willis Band, after her father was arrested and jailed for sexual abuse, Fisher had no idea how to rebuild her life for the longest time. She said music, once her sanctuary, became a betrayal.

“I wondered, had my creative compass been broken beyond repair?” Fisher tells American Songwriter. “It’s been a journey of finding that it’s still in me. It’s one of the strongest parts of me.”

In recent years, Jessica left her family’s touring group, to begin her own music career. She shared with American Songwriter an exclusive performance of the title track on the upcoming debut solo album, Brand New Days, and the journey it took to get her there.

“Music has been one of the things that’s helped me survive,” she said. “It is a therapy for me and yet it betrayed me and broke me down at some point. So, coming back, it’s been full circle. I would say the last five or six years have been, step-by-step, about reacquainting myself and getting a whole new lease on my creative life. For me, music is about getting to know myself better. It’s really, really important to me. I feel lucky to be coming back to it.”

When putting together her debut solo album, Brand New Day, the title track was the last song she thought would make the cut. After sitting with the title for eight years, “Brand New Day” finally found its home.

“I had some trepidation going into the studio because I wasn’t sure if I could soak up that time, do the work I needed to do, and have all of these positive emotions. I was afraid the past was going to get mingled in there,” she says. “But I felt super lucky that the sessions were really magical. It was a totally new artistic moment and chapter for me. At the end of the day, I remember thinking, ‘Ah, this is how it’s supposed to be,’” she says.

Fisher’s “Brand New Day” spills over with newfound hope and tells her story the way she always intended. Inspired by the likes of Allison Krauss, Jason Isbell, and The Lone Bellow, this is Jessica’s pump-up song, and hopes it will be yours, too. 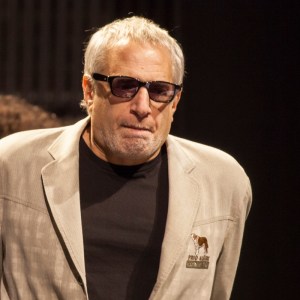